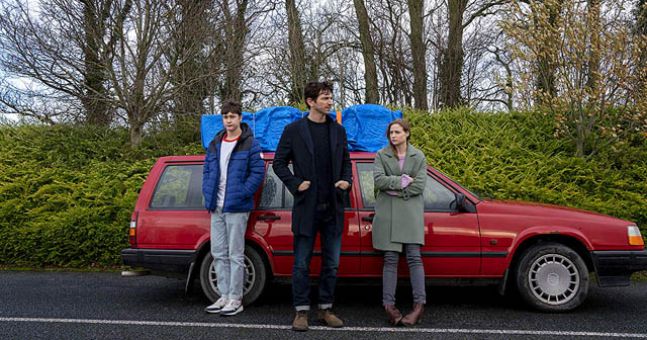 Film Ireland is always delighted to attend the Cork Film Festival and thanks to the lovely festival organisers we are able to cover as much Irish film as we can.

Emma Keyes checks out a programme of Cork-themed films from collections at the IFI Irish Film Archive.

Irish Shorts 5: It’s No Longer A Journey Down The Road

Caleb Cotter experiences twists and turns on life’s highway at the Irish Shorts 5 programme at the 2019 Cork Film Festival.

Evening Redness of the South

Emma Keyes was at the Cork Film Festival to see ‘Lost Lives’, Dermot Lavery and Michael Hewitt’s film adapted from the book that aims to document the stories of the men, women and children who have died as a result of the Troubles in Northern Ireland.

Julie Crowley was at the Cork Film Festival to see Alan Gilsenan’s documentary biopic of Liam Clancy, which celebrates its  tenth anniversary this year.

Aoife O’Ceallachain went along to the Irish Shorts 4: Finding Their Place to find some great filmmakers and films with characters seeking acceptance, vindication, assurance or literally accommodation.

Sweetness in the Belly

Caleb Cotter checks out Sweetness in the Belly, a Canadian-Irish co-production of an adaptation of Camilla Gibb’s bestseller, directed by Zeresenay Berhane Mehari.

Caleb Cotter battles the rainy streets of Cork to find solace in shorts.