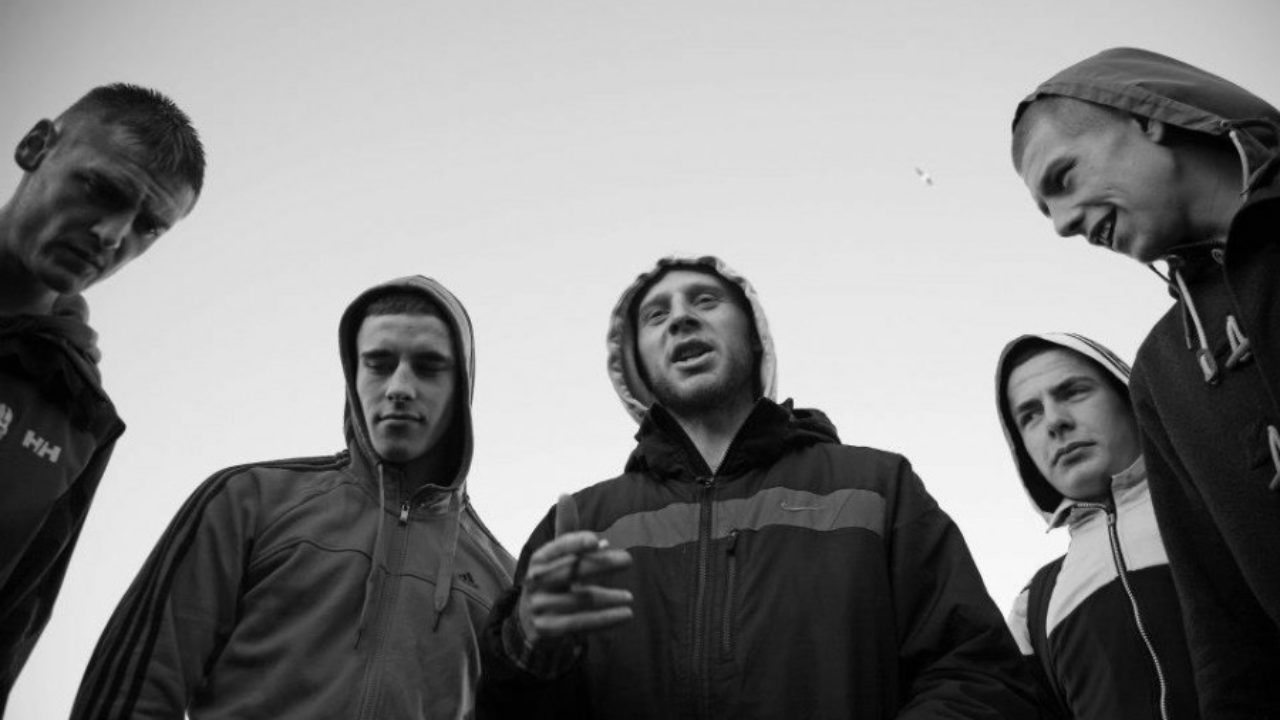 Broken Song is a documentary about hip-hop artists and songwriters from north Dublin. Funded through the Reel Art Scheme, Claire Dix’s documentary shines a light on and into these musicians and how they make sense of the world around them.

The film introduces us to two rappers, GI and Costello, who mentor some of the younger kids of their community, encouraging them to express themselves through rap, achieve a sense of self knowledge  and offer them a positive path in life. The opening scenes around Finglas and Ballymun play like a sort of hedge school for young rappers with young lads approaching Costello and GI, rapping for them and learning from their advice. In particular one teenager whose initial lyrics of hilarious sexual bravado has by the end of the film been superseded by thoughtful social insights.

The documentary focuses on the words behind the beats showcasing the remarkable range of poetic lyricism of hip hop in Dublin. As the documentary progresses, the focus shifts onto singer/songwriter Willa Lee, who brings a soulful voice to proceedings singing with a sweet tenderness and the film follows his journey away from a past of crime and drugs towards a brighter future and possible music career. Dix’s use of shades of black and white play on the film’s running theme of movement from dark to light.

In the post-screening Q&Q Dix told the audience how she met GI and Costello in the Reco, Ballymun’s Central Youth Facility and was “blown away” after hearing them rap acapella. She immediately knew that it was “something I wanted to explore”. And so herself and producer Nodlag Houlihan set about crafting the documentary together. Nodhlag joined Claire for the Q&A, as did Costello and Willa Lee, who naturally treated the assembled to some rhymes.

Broken Song is impressively shot by Richard Hendricks and Dix has to be commended for disappearing behind the camera, which lends the documentary its natural feel, things never come across forced and, more importantly, allows those with the words in the film be the voice of the film. It stands as a beautiful observational documentary that achieves an intimicy that feels genuine, which strengthens all the more the spiritual message that is at the film’s core and is a testament to the creative freedom that the Reel Art Scheme exists to support.