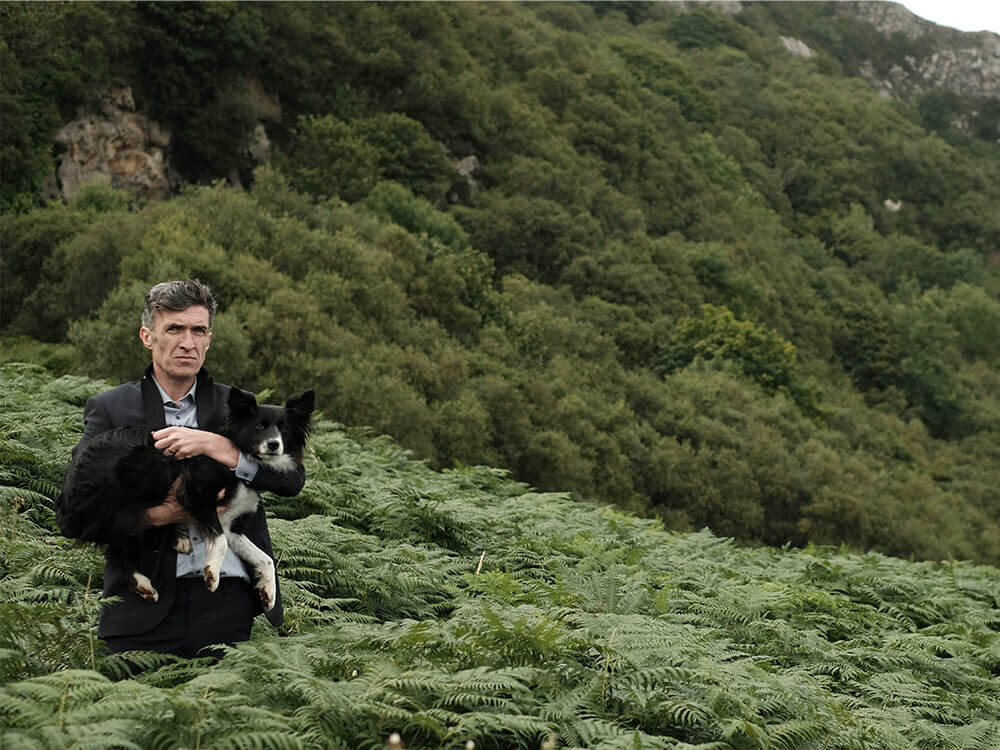 There’s always lots of excitement ahead of watching a selection of short films at the Galway Film Fleadh. The chatter of the crowds and filmmakers gathering outside and in the lobby of the Town Hall Theatre, followed by a packed cinema descending into hush as the first short hits the screen. This year, however, in light of COVID-19, was a different experience and we were watching the films from our homes online. Despite this though, I still felt that buzz of anticipation. This year my experience kicked off with a fantastic film coming out of Limerick, Everything Looks Better in the Sunshine by Jonathan Farrelly and Mark Smyth with four more great shorts to follow.

A traffic warden sets out to find the girl of his dreams after she knocked into him on her bike and bestows upon him a certain superpower. Everything Looks Better in the Sunshine is incredibly fun, creative and full of good acting and writing. It was also very cleverly colour coordinated with sunset hues to give it that extra romantic, idealistic look.

The Octopus Nest is an excellent, suspenseful short from John Michell based on a book of the same name by Sophie Hannah.

Claire and Timothy are met by their very concerned babysitter when they return home from a night out. While she was browsing through their photo albums she noticed something creepy – the same woman keeps popping up in the background of all their holiday snaps. Who is this woman? Why is she stalking them? Timothy drives the shaken babysitter home while a troubled Claire is left in her dark house to investigate a bit more.

This is a brilliant short for anyone who loves mysteries with an original twist.

My Other Suit is Human is a creative look at a grieving couple. Each of us grieve in a different way and sometimes that process can tear us apart – whether it be from other people or reality itself.

This short was written and directed by Bray native Andrew Paul Montague and the beautiful shots were done in Kent.

We Don’t Choose How is a moving short directed by Natasha Waugh, and written and produced by David Christopher Lynch about the faces behind the title of ‘homeless’.

There are about 10,000 people homeless in Ireland right now, many of whom are young, vulnerable and without the fortunate family networks that many of us have. This short follows one such couple: Jenny and James, who are sleeping rough in a park. Cold, destitute and exhausted – they have just one thing in this world – their love and appreciation for one another. James awakes one morning to have his whole life ripped in half. Jenny has passed away in the night. How will he keep her memory alive when she was already so forgotten in life?

This short is tough and yet incredibly beautiful and moving. It’s made even more memorable by the superb acting from Fiach Kunz and Danielle Galligan. A must see for all.

Acre Fall Between written and directed by Antonia Campbell Hughes is an abstract look at a displaced community. We follow a man, played by the brilliant Mark O’Halloran, driving home on an empty motorway during twilight somewhere in Northern Ireland. His car takes a last breath and he is forced to walk the remaining miles to his house. Only when he gets home – no one is there. Exhausted and confused he collapses to the floor. Upon waking he instinctively continues his journey through beautifully shot fields and hills in the hope to find someone – anyone.

The short was originally made for the anthology ‘The Uncertain Kingdom’ which looked to offer a unique snapshot of the UK in 2020. Although abstract, it seems to clearly be about the border in Northern Ireland and perhaps its message is that when people are uprooted, no one person, animal or thing can fully thrive.