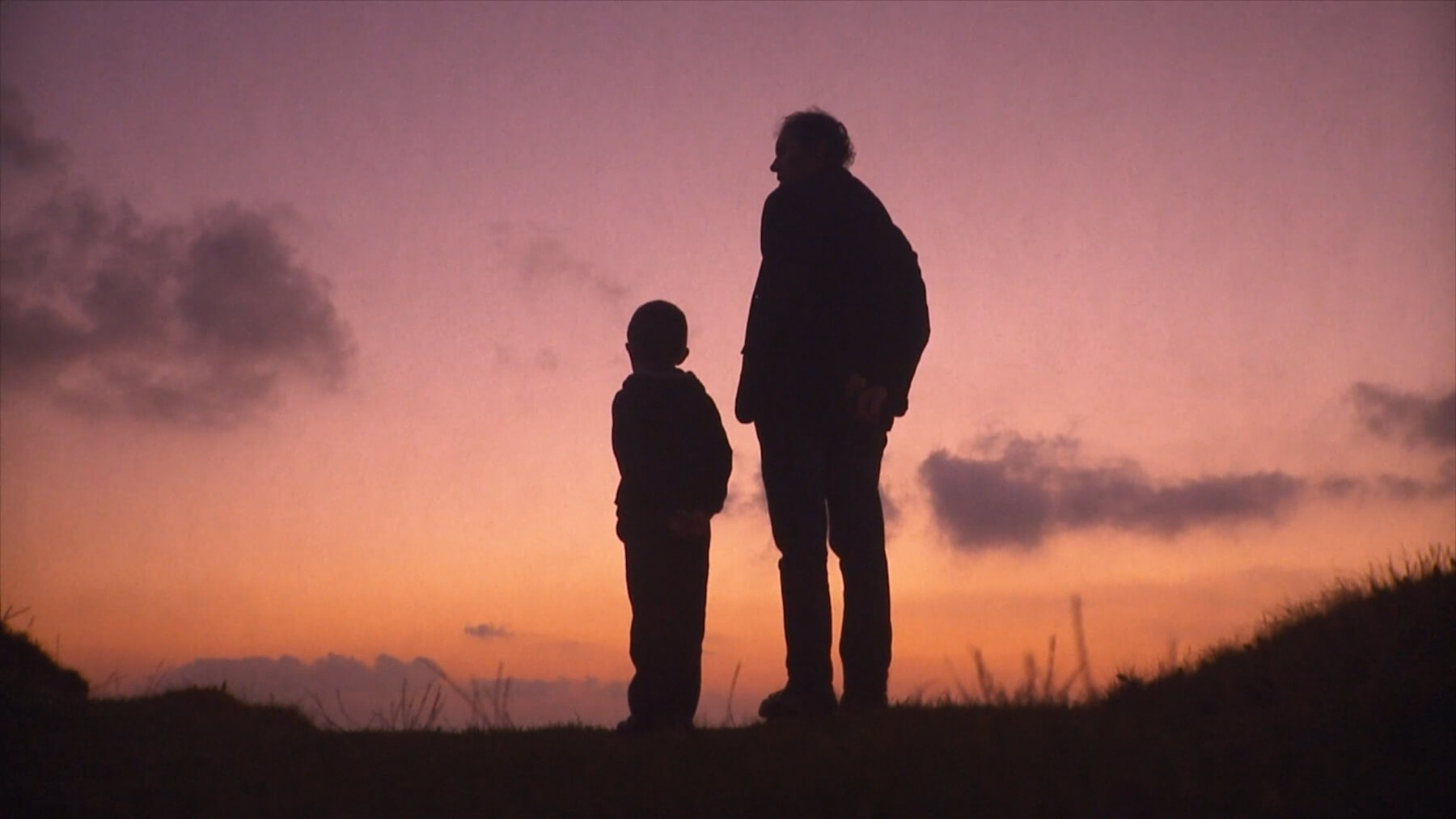 The Evening Redness of the South, written, directed, and edited by Colin Hickey, follows a working-class father and son in County Cork from building site to building site, intercut with stunning imagery of the landscape. The film contains no dialogue, making it a twenty-first century kind of silent film, albeit one that also lacks titles cards. As an exercise in avant-garde filmmaking, the film can be compelling and confusing at the same time. The narrative has a hard time revealing itself and so often we’re left with what feels like decontextualized visuals.

Hickey has a visual preoccupation with the male body at work. The camera lingers on images of a man’s bare back, his hands, his feet, and the tools he uses and Hickey returns again and again to these images. Since the narrative aspect of the film lacks clarity, the visuals come to the forefront of the viewing experience, especially because so many of the images in this film feel akin to paintings in their vividness and in their stillness. Hands touch in close-up visually calling to mind the way that God and Adam’s hands meet in Michelangelo’s fresco in the Sistine Chapel. Later we get crucifixion imagery when the man rests a shovel across his bare shoulders. And with no dialogue, people’s gazes take on a particular significance. The film holds the thought that none of us can ever stop touching or looking, even if we don’t have anything figured out.

Everything is set against the sky in this film. Buildings and structures jut up into the sky, filling the frame. The low-camera angle dominates throughout, such that the sky takes up the majority of many shots. The Heavens press down on men at work and men at rest. The soundscape lulls you into a rhythm. The film feels like a hymnal, even if it’s not sure to what exactly it is praying. The sacred and the profane come together in a life.

According to Hickey during the audience Q&A after the screening, the story came together in the post-production process. Much of the acting was improvised on camera and Hickey said, “I didn’t direct them. Their performances are their own.” Perhaps the story would have felt more cohesive with a clearer sense of direction going into the production process. Still, Hickey made clear that his film was “driven by images, sound, colour, light” in the tradition of pure cinema and it very much fits into that tradition.

The Evening Redness of the South screened on 13th November as part of the 2019 Cork Film Festival (7 – 17 November).