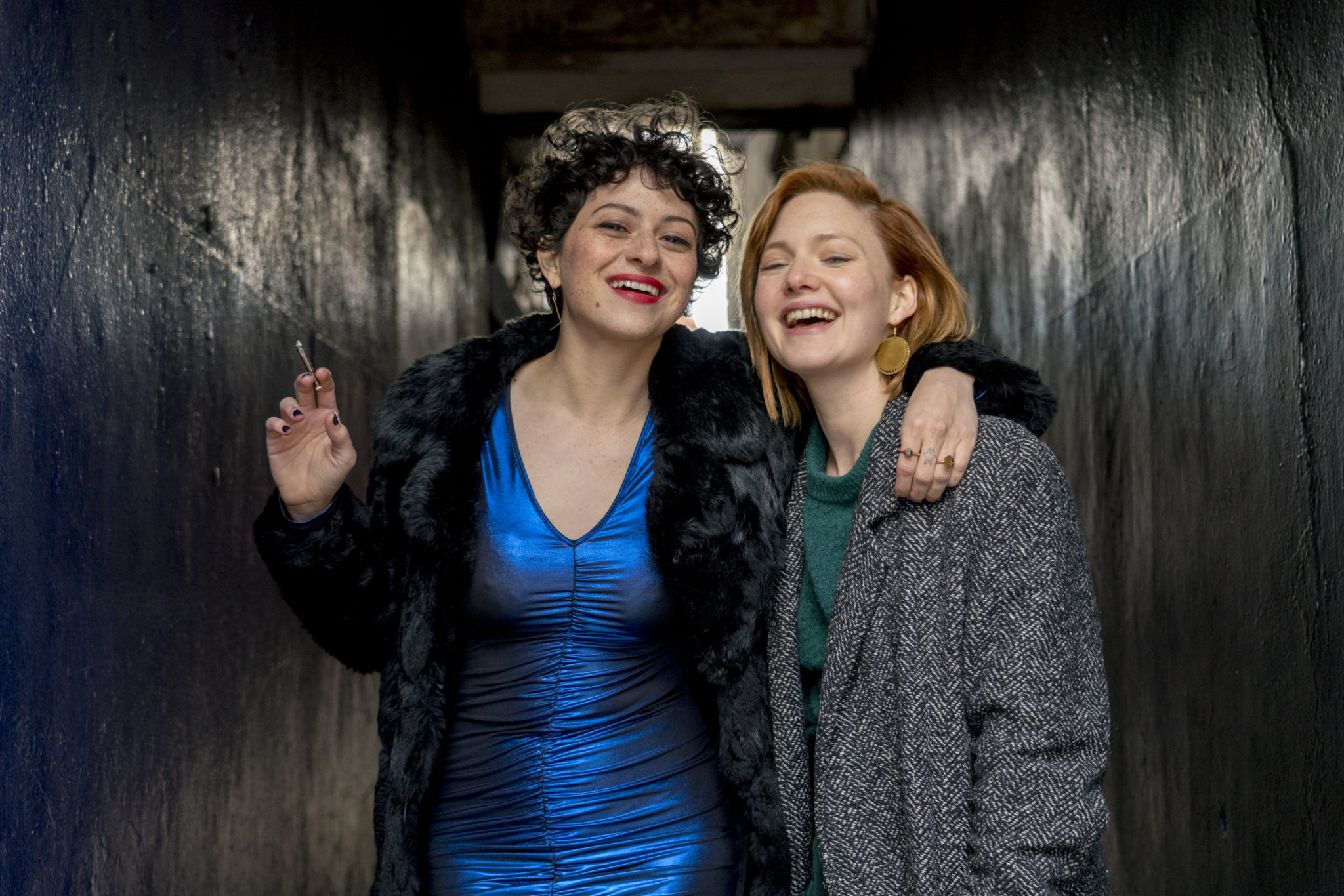 Animals, starring Holliday Grainger and Alia Shawkat, is a romantic and rebellious adaptation of Emma Jane Unsworth’s book of the same title. Its central characters, Laura and Tyler, are best friends living Sauvignon-Blanc-fuelled lifestyles in Dublin. Laura is an introspective writer who expresses herself privately through her journals, while Tyler is unapologetic and opinionated, the type of person who will condemn the institution of marriage but come wedding dress shopping to avail of the free champagne. They aid each other in avoiding responsibility through a friendship that knows no boundaries. However, once Laura meets Jim, a charming, successful pianist, their friendship begins to experience difficulties.

The film finds Laura situated precariously between the two lives that she can lead. Her options are a carefree lifestyle of drinking and drug-taking with Tyler or a calmer life with Jim in which she can grow as a writer and perhaps follow in her sister’s footsteps by settling down and starting a family. Laura initially appears to favour the latter. As her relationship with Jim develops, Laura blossoms and his influence spurs her on to develop a consistent work ethic. However, she begins to flirt with her old lifestyle by way of handsome and intellectual poet, Marty, a distraction that Tyler encourages as she sees as the opportunity to reclaim the old Laura. It becomes clear that Laura cannot stretch herself between her two worlds and must find a way to reconcile with her reality.

Partying provides the foundation for Laura and Tyler’s relationship and therefore drinking culture takes centre stage in Animals. The characters are frequently intoxicated and rarely seen without some form of alcohol in hand. They comically circle clubs pouring the dregs from other people’s drinks into their own glasses. The frequency with which they drink can be overwhelming but is indicative of the way people socialise in modern society.

The backdrop of their boozy nights is Dublin and while this film strives to explore a different kind of woman onscreen it also offers a different cinematic imagining of Dublin. The film avoids focusing on recognisable Dublin landmarks opting to film terrace houses and side streets by night and Georgian interiors as part of Dublin’s literature scene. Director Sophie Hyde remarks on this being a pronounced choice to capture the Dublin of an insider instead of a touristic viewpoint. It is an intimate look at the lives of two young women and the way in which it is shot enhances this.

Animals is an engaging and enjoyable film. It gives audiences a different perspective on what it means to be a woman represented onscreen. The two leads are impulsive, flawed and messy and this is shown in a way that is neither judgemental or glorified but at times these characters are not fully plausible. For example, a flashback in which Laura’s sister strips naked and climbs on top of a bar counter, only to set fire to her pubic hair, is jarring and seems outrageous even for the world of the film. The characters are extreme subversions of the traditional woman. That being said, it is a rich, thoughtful film with some very funny moments. It is an exciting example of the female-centred, female-made content that is making waves across the film industry.