Frances is a girl with aspirations larger than her family, and a temper hotter than the fires that they warm themselves around in the evenings, entertaining each other by singing haunting renditions of traditional Irish songs. Her universe is small, contained, and safe, until one fateful afternoon when local law enforcement delivers a sharp uppercut to her childhood, shaking Frances’ life to the core.

Written and directed by Carmel Winters (Snap, 2011), Float Like a Butterfly packs a punch with an emotional sting more potent than a killer bee. Set in 1960’s Ireland, Frances is just about the most unlikely protagonist imaginable, being at a societal disadvantage as a woman, let alone a young traveller woman. Gender roles are entirely inflexible, and the worst insult given to young men is “Don’t be acting like a girl”, forcing them to fight their way through life, as well as to recognise women as the inferior sex, therefore breeding toxic masculinity into the fibers of their community.

Struggling to establish her domain in this world that already has pre-established domesticated plans for her, Frances finds a kindred spirit in the stories of Mohammed Ali, as her father Michael would wax lyrical about him before his incarceration.  Emulating Ali, she knows that she’s the greatest, even before she actually is. Unfortunately, her father returns home from prison a changed man. He no longer shows her how to box, and teaches her little brother that it’s not tolerable for women to hit, but instead acceptable for them to be on the receiving end of a punch. But Frances has an indomitable spirit in comparison to the layabouts that live in the village and the drunks in her family, one that only a beating from a husband will tame. And with this reason in mind, Michael takes her and her younger brother, Patrick, on the road, but as their travels progress and she leaves the relative safety of her extended family behind, her world becomes desaturated, a shadow of its former vibrancy.

Hazel Doupe shines in her performance as Frances. Her steely blue gaze, laden with emotional narrative is accompanied by Dara Devaney’s portrayal of Michael Joyce. With a brash charm that wears thinner with the correlation of whiskey sunk down the hatch; he’s conflicted between admiration for Frances, and the inverse positions of authority established in his absence between his children, one which he often chooses to resolve with a quick hand and a sharp word. The music and score are evocative, joyful, and empowering; female dominated in both presence and lyrics, and the haunting lilt of the tin instruments is synonymous with both Ireland and its travelling community.

Float Like a Butterfly has a rare fervour, whereby it emotes both gut-wrenching sadness and a fighting spirit in one fell swoop. She’s about to choose the path not taken, but “there’s no wrong way when you’re on the right road.” Even if Frances wins this round, the fight is still far from over. Her boxing ring is one of sand, and pride is the prize. 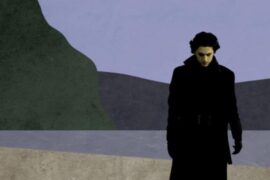 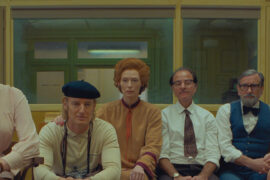