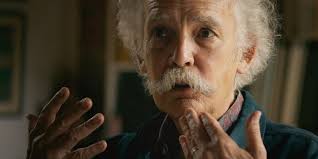 Henry Glassie has established a reputation over his almost 60 year career as one of the most important and influential folklorists of our time. His work to date has embraced an extraordinarily diverse range of cultures including urban and rural communities in the United States, Ireland, England, Sweden, Italy, Turkey, Pakistan, India, Bangladesh, China, Japan, Nigeria, and Brazil. In approaching each subject, Glassie brings careful and rigorous integrity, spending prolonged periods of time (usually up to ten years) in the community concerned, as he works towards a deeper understanding of each community’s appreciation of excellence (particularly as evident in its artistic productions), informed from the inside.

It is this approach above all that Glassie stresses in his comments within Pat Collins’ moving and fascinating documentary, Henry Glassie: Field Work. As with Collins’ previous work on creative artists (including John McGahern, Nuala Ní Dhomhnaill, Michael Hartnett and Seosamh Ó hÉanaí), he successfully employs distinctive aspects of his preferred medium to complement and highlight key features of his subject. In the case of Glassie, it is his enormous patience and reverence for the cultures he encounters. These traits are evident in Collins’ work in the similar patience and respect his documentary exhibits for the artisans featured, including lengthy and in-depth studies of their creative process – from a sculptor in Bahia, Brazil, to artisans in Turkey, North Carolina and Ireland. Much as Glassie brings an educated and patient eye to the communities he lives among and documents – so too does Collins in his work.

The documentary begins by recording a sculptor working with clay and producing a beautiful statue. The unhurried pacing we have become familiar with in Collins’ work is very evident here as he details the statue taking form. A striking feature here of this artist at work is how embedded in his community he is, evident in the sounds of children (including a baby crying loudly at one point), dogs and traffic in the close background. This is artistic work done within the community, not in artistic solitude in an isolated studio, a point emphasised by the intercutting of shots of children playing football and life proceeding on the streets outside the artist’s workspace.

Collins provides extraordinary detail and patience in documenting the emergence of each artistic work he features from the materials used – whether it be clay, steel, wood, textiles or the environments that inspire the music and songs of the Appalachian region and Fermanagh. While the community and artist is prioritised and foregrounded from the beginning, gradually Henry Glassie’s presence is acknowledged – sitting in the background or watching patiently alongside his wife (and fellow folklorist) Pravina Shukla as the work of art is revealed. Eventually Glassie’s comments and life itself is detailed, in relation to the various communities and artistic practices he has documented in his writings. The documentary reveals gradually the factors influencing the distinctive approach to fieldwork of Glassie himself including his initial introduction to local history and craftsmanship through his family and wider community of Virginia where he grew up, and early fieldwork on the songs, stories, and architecture of the Southern Appalachian region in the early 1960s.

In a methodology reminiscent of the work of Tim Robinson in the West of Ireland (and Collins’ own documentary approach), Glassie speaks of beginning his fieldwork in space – by developing maps of the communities concerned – prioritising space (the dimension of inclusion) over time (exclusion). Drawing on the ideas of Irish folklorist and playwright Lady Gregory, the folklorist (for Glassie) must approach his/her fieldwork with ‘reverence and patience’ – traits also evident in Collins’ approach to documentary, including in this enthralling film.