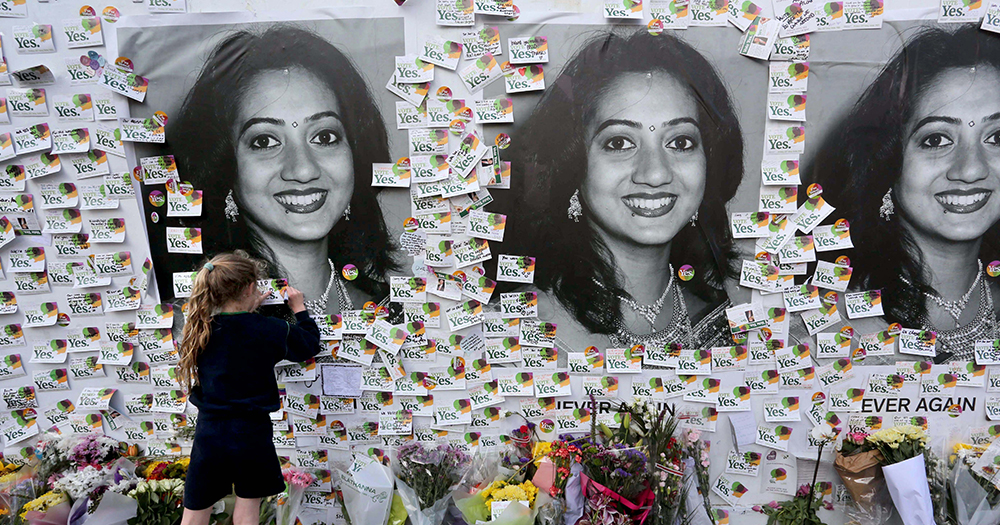 Aoife O’Ceallachain reviews When Women Won, Anna Rodgers’ film which tells the emotional inside story of the Together for Yes campaign to repeal the 8th amendment.

Winner of the Special Jury Prize at the Irish Film Festival Boston, When Women Won is a documentary that commemorates all the hard work put into Repealing the 8th Amendment on 25th May 2018.

For those of you who don’t know, the 8th Amendment was voted into the Irish Constitution in 1983 and ruled the Right to Life of the Unborn as equal to the pregnant woman. Much like voting today, the pro-life campaign in the 80s was built on emotive slogans and images. Ireland’s laws were particularly restrictive back then because condoms were only available on prescription and doctors had no way to deal with life-threatening complications to the pregnant woman.

Based on interviews, smartphone footage and recreations, When Women Won highlights the moment that galvanised Ireland towards a referendum, the death of Savita Halappanavar. Savita was a dentist living in Galway who developed sepsis. She was pregnant and doctors refused to terminate her pregnancy because a foetal heartbeat was present. Savita passed away soon after this. Rodgers shows footage of the vigil and it sent goosebumps up my arms. Shots of women chanting shame outside the Dáil (Houses of Parliament) placed guilt on the politicians and the public for our complicity in her death. We didn’t speak up soon enough.

Funded by Together for Yes, Anna Rodgers examines the various ways the team had to approach campaigning, including how to appeal to the abstaining male vote, or the ‘it has nothing to do with me’ vote. The film makes it clear that this election was a different beast to the Marriage Equality Referendum of 2015. They couldn’t sell it on love.

Telling personal stories was a huge part of the campaign. The film recalls spreading awareness through the Facebook page ‘In Her Shoes’ (a separate campaign created by Erin Darcy) that anonymously shared Irish stories about abortion. The film didn’t divulge many of these stories and I’m grateful for it. Using personal stories may have helped the campaign but it placed enormous pressure on the storyteller to relive their trauma and the viewer doesn’t need it.

I did cry a few times, which is a lot given it’s a 52-minute film. I cried thinking about Savita, I cried seeing women come through the airport in Repeal jumpers, I cried seeing the poster of Minister for Health, Simon Harris, in a love heart.

This is the version of events that will be broadcast around the world. But it must be noted that not all No voters are as extreme as the film represents. Ireland is so caught up in the Catholic Church that it’s hard for some voters to separate abortion from religion. Abortion is a deeply ingrained sin, so by only representing the vitriol of the pro-life protesters, you’re not getting the whole story. Having said this, I found it unsettling to hear how No posters were put up the day after the referendum was announced, whereas Yes posters didn’t have the funding.

Films like this are necessary to document the fight, and the trauma, people experienced to get us to this point in Irish history. Maybe things will be better going forward, when the next generation don’t realise this was something earned. Rodgers’ documentary serves as a souvenir to the people who fought for the vote and is a great representation of when, and why women won.

When Women Won screened on 5th March as part of the 2020 Dublin International Film Festival.