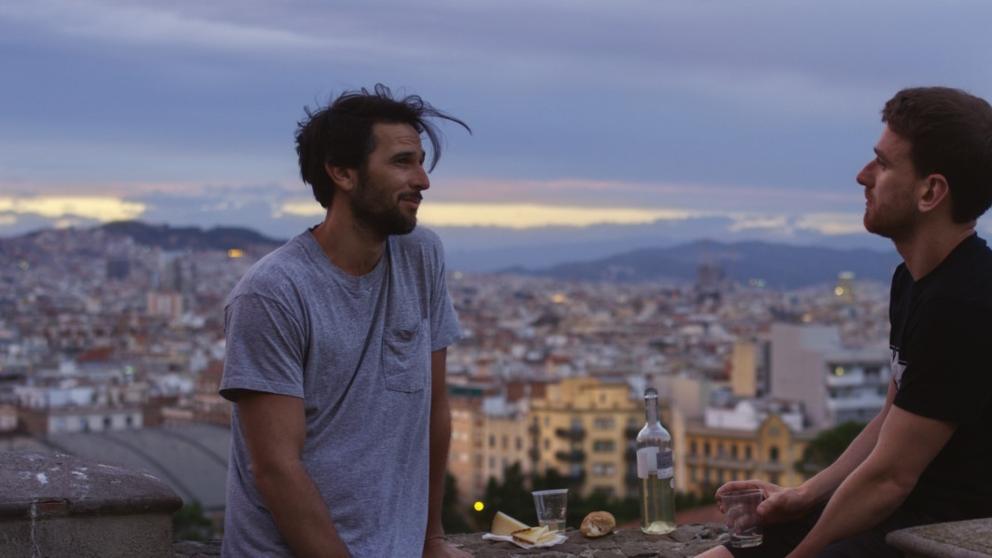 End of the Century, written and directed by Lucio Castro, is a Spanish language romantic drama surrounding two men in Barcelona. Only grossing a total of US$66,309 worldwide, this low-budget production is not inherently popularised or globally marketed, however, it does approach romance in a very contemporary sense that comes across as progressively organic.

The film follows Ocho, played by Juan Baberini, exploring Barcelona. During his wanderings of the city he meets Javi, played by Ramon Pujol, and the two have a sexual encounter. This leads Ocho and Javi to then spend the day together and uncover a prior meeting the two had twenty years previous around the end of the century. The story then begins to unfurl into an ambiguous dichotomy between the past and the present, leaving the audience to catch up, rather than conveying any sense of accessibility.

This film contradicts the linear narrative in a very elaborate sense, producing an immersive watch, coupled with engrossing characters . The audience is immediately drawn into Ocho and Javi’s background and how the two are inextricably linked. The audience is given no clues as to what direction the story is headed toward and, in fact, becomes more enigmatic as the plot progresses.

Unfortunately, from certain perspectives, this film leans toward the dreamscape reality. This is usually redeemed within films when a credible amount of resolution occurs toward the end of the film. This is not the case with this film as it leaves the audience unaware as to whether or not the whole story was a dreamlike fantasy, from Ocho’s perspective, or just certain plot points were part of this dream reality. This comes across as very unfulfilling and less intricate than presumably intended, more-so hinting at the cliche ending “It was all a dream” and making the entire watch feel like a waste of time. This being said the film does produce a relationship in which the viewer can get invested in and the history the two potentially had or did not have; with elements such as a HIV scare and a former relationship Javi had with Sonia, played by Mia Maestro, showing extra layers to the encounters of the past.

The aesthetics in this film come across as less cinematic and more like landscape photography. This makes the visuals of the film very pleasing and for the first ten minutes we see nothing but visuals, until we eventually meet Ocho. This, however, hinders the scenes with dialogue and, in particular, the conversations between both Ocho and Javi. Due to both men speaking Spanish and myself relying on the subtitles, I found it very difficult to interpret which character was speaking, as the camerawork used wide angles with both characters equally in shot during conversation. This rather amateurish camerawork also seemed reflected in the editing, as many scenes lingered on screen for seemingly an unnecessary amount of time. This was very prevalent in the plethora of sex scenes, which, due to the lingering nature of the camera, came across as softcore porn, rather then a purposeful plot point.

End of the Century is an interesting watch and Lucio Castro has produced a good looking film, despite such a low budget. However, there is not much depth behind the aesthetics and the film is overall rather unfulfilling.

End of the Century is released 21st February 2020