Float Like a Butterfly is a powerful and timely story of a girl’s fight for freedom and belonging.  Some people say it doesn’t matter whether you win or lose.  But for Frances losing is not an option – at stake is her own freedom, her mother’s honour and her father’s faith.

In this podcast, Paul Farren talks to Carmel Winters about her film and the art and craft of filmmaking.

Float Like A Butterfly is opening in the following sites from today: 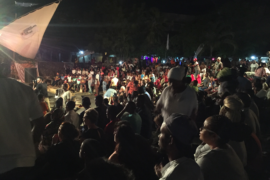