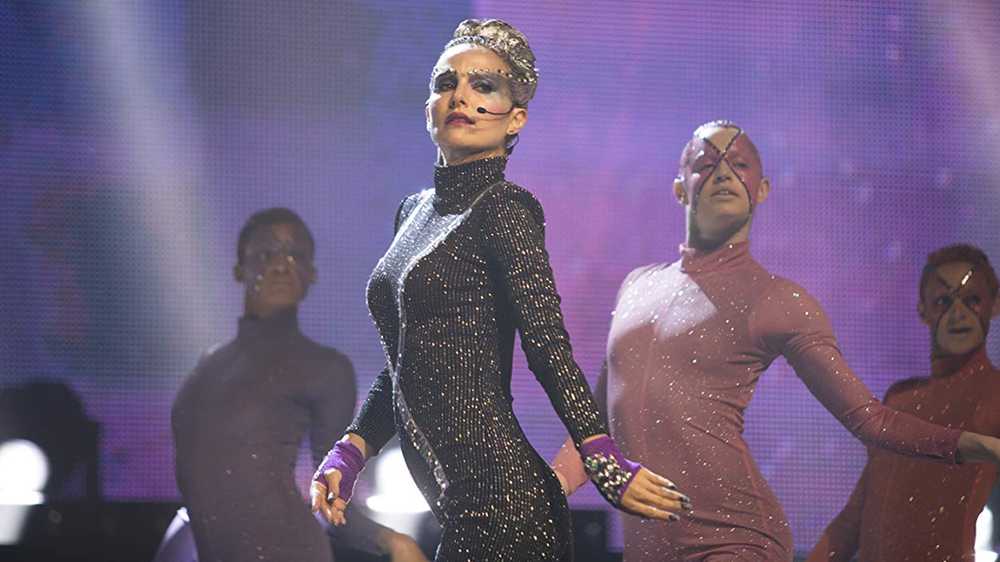 Actor-turned-director Brady Corbet is interested in what makes a person a leader. What makes one individual special to other people? His debut film, The Childhood of a Leader (2016), adapted from a short story by Jean-Paul Sartre, attempts to depict the early formative years of a future fascist dictator. In his new film, Brady explores the idea of someone born to be famous; this fact is clearly derived from the film’s philosophical voice-over, provided by Willem Dafoe, who delivers his dialogue as if narrating a fairy-tale.

Celeste (played by Raffey Cassidy in her teenage years and Natalie Portman as an adult), is a victim of a horrific and violent attack during her school years. Occurring early in the film, it is a genuinely heart-pounding cinematic moment. In a room full of people, she is the only one to try and take control of the situation. Many years later, she will make the Lennon faux-pas and compare herself to Christ.

Portman gives her best performance since her Black Swan Oscar win in 2010. Is there anybody better at playing a tortured performer? She gives Celeste an assuredness and a vicious streak in her public life, and a manipulative uncertainty in her private life, surely symptoms of megalomania which comes from being a worshiped celebrity most of your life.

Divided (as Leader was) into four stages, indicated by minimalist black titles cards with white text, which seemed perfect in the context of his first film and is brilliantly at odds with this one, Prologue, Genesis, Re-genesis and Finale, adds to the religious undertones (also present in Leader), which Celeste’s name suggests. Corbet has carefully structured a sometimes shocking, sometimes funny and always stimulating film about the modern world, a ‘21st Century Portrait’ the final tie-dyed title card proclaims. The film blends celebrity and terrorism on a wider scale while also creating an ambitious psychological character study which culminates in a Bohemian Rhapsody (2018) still comeback concert. The two films could not be more different. While Rhapsody insists on trying to shoe-horn in every heavily sanitised detail on Mercury and Queen’s careers, Vox Lux wants us to fill in the gaps for ourselves as we take a decade long leap from the inception of Celeste’s career to her ‘comeback’ concert in her home town. Corbet is earnest about his character study but mocks the ‘pop’ genre his character is associated with, in the same way Bradley Cooper does in A Star is Born (2018).

Corbet’s talents are not only in content but also in style. The piercing, unsettling soundscapes of The Childhood of a Leader return, with Corbet again teaming with composer Scott Walker. The soundtrack forces the viewer to feel that something of a significant magnitude is happening (even if it might not be). Corbet presents us with two sequences in fast-forward, a liberating if hedonistic trip to Stockholm by two sisters and a troubled stars hotel room drug binge with her manager. Both sequences are carefully staged by Corbet and shot by Lol Crawley, to speed them up is an indicator of vision. The hotel room sequence is reminiscent of Alex’s bedroom romp in Kubrick’s A Clockwork Orange (1971). At 30 years of age Corbet is already a unique cinematic voice and a director for the future.