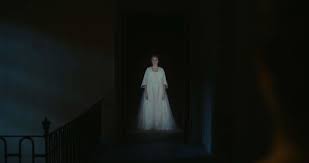 Céline Sciamma wrote and directed this strikingly exquisite film. The story is one of forbidden love between a young portrait painter, Marianne (Noémie Merlant), and Héloïse (Adèle Haenel), the soon-to-be-married daughter of a wealthy Countess (Valeria Golina). Héloïse is less than pleased with the prospect of impending nuptials and the Countess has to employ subterfuge in order to obtain an image of her daughter to send to her future husband. Marianne is hired as a would-be companion – dispatched to accompany Héloïse on her daily walks but clandestinely attempting to observe Héloïse in order to paint a portrait. Over time, their relationship evolves to passionate affection, which is breathlessly consummated while the Countess travels for a few brief days and leaves the young lovers alone.

Sciamma understands the depth of shared intimacy between two women. The relationship between Marianne and Héloïse is rendered through searing glances, unspoken desire, and a love that eclipses the boundaries of time. A similarly themed film, Blue Is The Warmest Colour, directed by Abdellatif Kechiche, also explores the deep bond that women can share but Kechiche somehow misses the profound connection, solely because he is unable to fully comprehend female sexuality. Kechiche is approaching the theme through the lens of a male gaze. Sciamma, on the other hand, knows what it is to be a woman and employs far greater subtlety in her depiction of the young lovers – putting it simply, Sciamma ‘gets it’.

This is not Céline Sciamma’s first foray into exploring complex emotions. Tomboy, made in 2011, is a tender coming-of-age story and tells the story of a young, prepubescent girl, who upon moving to a new neighbourhood decides to pretend she is a boy in order to gain social acceptance. After a while, Laure, calling herself Mikäel (played by Zoé Héran), begins to take ever greater risks until her lie is exposed, carrying with it catastrophic consequences. Sciamma maintained that the film could be viewed from either a transgender or heterosexual perspective – the concept of acting as a mirror for a childhood spent hiding from the truth. She stated that Tomboy played on ambiguity through the narrative and by assuming a heterogeneous stance.

The theme of uncertainty and confusion is carried forward into Portrait Of A Lady On Fire – Sciamma keeps audiences guessing about the unfolding relationship between Marianne and Héloïse. She goes one step further and allows Marianne to become enthralled to the passions of Héloïse with a subtle one-upwomanship taking place during early stages in the narrative. Marianne considers herself the worldlier of the two – however, it soon becomes clear that despite her cloistered upbringing, in the field of fervent sentiment, Héloïse alone holds sway.

Not one footfall or fleeting look is out of place in this utterly mesmerising film. It proceeds slowly and effortlessly in tempo with a beating heart, yielding to an immovable force of desire. It is delicately hypnotic and achingly stunning.

Portrait Of A Lady On Fire is released 28th February 2020