The main cast features Mark McAuley (Vikings, Saol) and Miriam Devitt (Running Commentary, Food Fight) and Kamila Dydyna.  A male partner’s jealous and violent reactions in an unravelling relationship are the catalyst of The Betrayal’s plotline in which a new romantic possibility leads to danger.

The film will be co-directed by Natasha Waugh from Fight Back Films, with cinematography by Gosia Zur (Monged), costume design by Gwen Jeffares-Hourie, and will be shot in late January / early February.

If you’d like to get involved, a Crowdfunding campaign is ongoing. 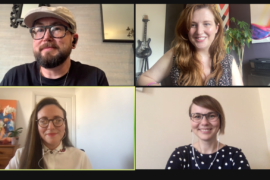