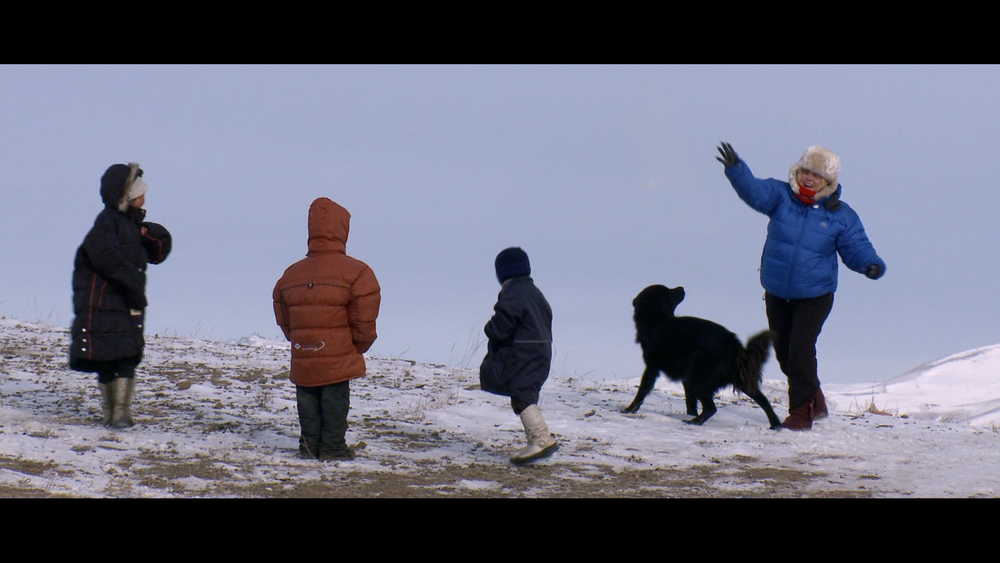 DVD Review: In A House That Ceased To Be

A musical tale of tragic proportions, when Christina Noble was dubbed ‘The real Miss Saigon’ by The Sunday People newspaper in 1990, the world’s media decisively took note and the children’s rights activist finally received the media exposure she desperately sought to accentuate the plight of indigent children in Vietnam. Ciarín Scott’s affecting film, In A House That Ceased To Be, documents Noble’s astonishingly complex biography, from the slums of Dublin’s inner city to the establishment of over one hundred child rescue projects through her Christina Noble Children’s Foundation, via her own traumatic journey of physical and emotional abuse. Borne from a dream, Noble’s unwavering determination to penetrate the cycle of child poverty, victimization and sexual exploitation in far-flung countries such as Vietnam and Mongolia through healthcare, education and community development, achieved the impossible for the Irish crusader whose own horrifying childhood mirrored those she sought to rescue, locating her as one of the most important global children’s charity campaigners of recent times.

Tracing Noble on the ground in Vietnam and Mongolia, Scott’s portrait of Christina at work exposes the sheer desperation of its innumerable forgotten children, where thousands upon thousands bed down in city sewers and manholes in up to minus 40 degree conditions, many deformed with irremediable illness or many simply needing comfort and love, owing to a culture of child invisibility in the world’s developing countries. Although a haunting reflection upon humanity’s shame in its treatment of those it should be safeguarding, the most compelling aspect of Scott’s documentary lies in a narrative that becomes greater than an appraisal of Noble’s steely commitment to expunge child oppression in remote Asian countries, demonstrating that suffering is not exclusive to adventitious lands. The film equally becomes a staunch polemic on the Irish State and Catholic Church, as Noble and her siblings became some of the untold victims of institutional abuse prevalent in 1950s Ireland.

Although Noble’s activism was inspired by a dream on the Vietnam War, it becomes evident that her indelible motivation is her own fraught biography, deluged with fear since her mother’s death at the age of ten and the ensuing separation from her siblings and detached, alcoholic father into disparate orphanages around the country, each informed the other was dead. As with many Irish narratives of the era, Noble’s experience was written into the scaffolding of a culture of abuse at the hands of those in systematic power, her only means of solace to sing pop songs to herself, fuelling her spirit, compelling her to survive against those who profoundly failed her. The unavoidable probing into Noble’s own personal trauma becomes a trauma in itself as she struggles to articulate the level of abuse she experienced in a West of Ireland orphanage. Compassion and warmth sit alongside explosive anger and scathing vitriol at the supposed beacons of Irish light and hope, who repeatedly failed countless of children in their care, a stain all too familiar in Ireland’s relationship with its historic institutions, asylums and orphanages.

It is the unspoken narrative that lies beneath Noble’s unresolved rage that becomes as equally distressing as the graphic images of child torment in foreign lands. As with the ever-familiar tactic of Ireland’s ability to sweep its shameful stains under the carpet, so too does Noble’s censor her own profile, her anger speaking volumes, her vivid recollections refusing to fade with time. A passionate, gregarious and outspoken woman rendered speechless, unable to give voice to her adversities, her adulthood clearly shaped and steered by anxieties she is unable or unwilling to release, surmised by her sister as a ‘demolition of our life, a demotion of our home, a dismantling of our togetherness’.

While Noble, the child saviour, finds great catharsis in rescuing the destitute from perilous conditions and infusing their young lives with hope, it is the tacit reflection of her own scarred history, including gang-rape and enforced adoption of her baby son by the Church that becomes more vivid as it unfolds through her charitable actions towards those who endured similar fates. It is what is seen rather than what is said that is most illustrative in Scott’s film, achieving a highly emotive balance between the comfort and deep empathy Noble radiates for her Asian children and the outrage and torment she endures at her own violated self, not only compelling Asian countries to inwardly reflect on its reprehensible neglect but also confronting Ireland with its own ignominious history and the treatment of its young, necessitous citizens.

Taking the film’s title from the popular Dublin song, ‘The Rare Ould Times’, Ciarín Scott’s portrait of Christina Noble fuses a past with a present that is both contemptible and hopeful.  It is not only a compelling, heart-wrenching and contradictory account of a forceful, yet fragile woman’s biography but equally of the nation she was born into and its disturbing legacy of child institutional abuse. Christina Noble may have all the love, songs and words in the world for children in need but her anger, emotional fragility and silence towards her own unresolved past becomes just as torturous as the suffering of the underprivileged children she is saving. It is an extremely important account, not only in its recognition and celebration of a lowly Dublin girl from the slums who achieved global acclaim for her charitable activism but also in its highly significant reflection upon Ireland’s unsettling history and those in power who helped shape its trajectory and maintained the cycle of child oppression.

Available for rent or purchase now and is also available to stream or download in Ireland from Volta.ie