We take a look at some of the Irish films making their way to screens in 2020. We’ll update films, premieres and release dates  and add reviews and interviews as they come in. 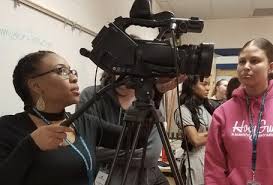 Through the eyes of six Galway artists this is an art film exploring the confluences which have shaped Galway and Connemara’s unique cultural fabric.

“a timely, engaging and at times provocative reflection on Galway”

Based on the real life story of Ifrah Ahmed – youth leader and advocate against Female Genital Mutilation in Somalia and Horn of Africa.

Set during the famine, a man loses everything and is accused of a murder. On the run for three years and with the help of a mysterious girl he attempts to rebuild his life. However, his past however comes back to haunt him.

Skin+Soul was funded under the Arts Council Reel Art scheme which is designed to provide film artists with a unique opportunity to make highly creative, imaginative and experimental documentaries on an artistic theme.

Acclaimed photographer Perry Ogden returns to his fashion photography roots for his latest documentary. Told through the eyes – and the lens – of the photographer, the profound images that emerge onscreen have the effect of blurring the lines between the world of fashion and the real world.

Celebrated filmmaker and artist Vivienne Dick weaves a personal and philosophical documentary remembering 1970s New York in its heyday for bohemian artists and musicians. Featuring contributions from many of her contemporaries at that time, the film also contrasts the “No Wave” movement with contemporary culture amid present-day concerns. 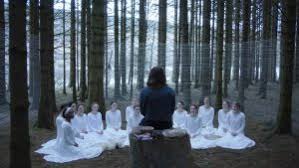 The story of two sisters who grew up on the fractious Irish border. When one of them, who has gone missing, finally returns home, the intense bond with her sister is re-ignited. Together they unearth their mother’s past, but as they uncover the secrets and resentments that have been buried deep down, it all threatens to overwhelm them.

Robyn Goodfellowe has come from England with her father Bill, who has been tasked by the Lord Protector Oliver Cromwell to wipe out the last wolf pack. She befriends Mebh MacTire, a native Irish girl, one of a fading pagan tribe rumoured to have the gift to be able to transform into wolves by night.  Mebh is searching for her missing mother MOLL, who has been captured in her wolf form by the Lord Protector and Robyn vows to help her. But when Robyn realises she too is transforming into a Wolfwalker, she is faced with a very difficult decision. Will she turn her back on her friend in favour of the world her father wants for her – a Puritan life in the city where she must suppress her true nature, or will she become the very thing her father is tasked to destroy?

When her best friend goes missing at a rodeo, Heidi goes on a search across the desert, digging up secrets and encountering the violence of life on the road.

Here Are the Young Men

Dublin teenagers Matthew, nihilistic Rez, and the deranged Kearney, leave school to a social vacuum of drinking and drugs, falling into shocking acts of transgression.

Set in Dublin, Monika has a dream to play a one in a lifetime concert. Her mother is sceptical and reluctant to support her daughter’s dreams, and so she sells their keyboard and forbids Monika from attending the concert. However, Monika stops at nothing to pursue her dream.

After being widowed, Frank Fogle reluctantly embarks on a journey to honor his wife’s last wish of spreading her ashes in a remote lake in her native Ireland and a promise of taking his estranged son, Sean, along for the trip. As Sean steps out of prison the last thing on his mind is a foreign road trip with his alienated father.

Rose  is at university studying veterinary science. An only child, she has enjoyed a loving relationship with her adoptive parents. However, for as long as Rose can remember she has wanted to know who her biological parents are and the facts of her true identity. After years trying to trace her birth mother, Rose now has a name and a number. All she has to do is pick up the phone and call. When she does it quickly becomes clear that her birth mother has no wish to have any contact. Rose is shattered. A renewed and deepened sense of rejection compels her to keep going. Rose travels from Dublin to London in an effort to confront her birth mother, Ellen and learns a secret that has been kept hidden for over 20 years.

Dave Connolly is a respected member of the Garda Síochána but his loyalty to the law gets tested by his ex-convict brother Joe who is in desperate need of his help following a botched robbery. Dave finds himself embroiled in a cover-up that somehow leads to a secret relationship with Amia, an unhappily married woman who also happens to be the victim of his brother’s crime.

Micí Phincí Ó Foghlú is a young musician with a tragic past who is crippled in a car accident and given a chance at redemption when he is recruited by a violent, avant-garde circus.

The story of Sandra (Clare Dunne), who on the surface of it, is a young Mum struggling to provide her two young daughters with a warm, safe, happy home to grow up in. Beneath the surface, Sandra has a steely determination to change their lives for the better and when it becomes clear that there are no other options left to her, she decides to build it herself from scratch.

Charismatic entrepreneur Rory relocates his wife Allison and their children Sam and Ben from suburban America to his native England with ambitious dreams of profiting from booming 1980’s London. While Rory thrives chasing lofty deals in the city, Allison and the kids struggle to adapt. Once a businesswoman in her own right, Allison finds herself idle and resuming the role of housewife in a run-down mansion they can’t afford to furnish. As the eerie isolation of their new home drives the family further apart, and the promise of a lucrative new beginning starts to unravel, Rory and Allison have to face the unwelcome truths lying beneath the surface of their marriage.

A young woman rebuilds her life after an acid attack leaves her with severe facial burns.

“Sacha Polack, as director and producer of this truly beautiful film has wrought a stunning piece of cinematic mastery”

An IRA member hunts for his wife’s murderer, while also being tracked by the same killer.