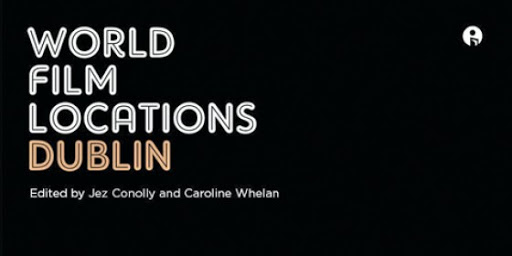 World Film Locations: Dublin is part of the admirable Intellect Books collection of World Film Locations – the Phileas Fogg-like series that travels around the world celebrating an array of cities and the different ways they have been imagined and utilized as movie locations.

Dublin is the focus of the latest addition to the series and provides a fascinating angle on Ireland’s capital city through scenes from classic and contemporary Irish films, providing 46 snapshots  from films that were shot or set in Dublin.

Impress your friends the next time you’re supping stout in Mulligans on Poolbeg St by casually mentioning that ‘My Left Foot was shot in here’ and have tremendous craic as people look down at your foot with alarm before you reassure them ‘No, not my left foot; My Left Foot – the film.’

Next time time you’re walking around the laneways of Camden Street amaze your friends with the hilarious anecdote that ‘this is where Paul got mugged, beaten and castrated by 2 scumbags’ and have tremendous craic as people look at Paul with alarm before you reassure them ‘No, not Paul; Paul in Savage – the film.’

The book’s scenes feature chronologically from 46 films spanning from 1959 to 2011, from Shake Hands with the Devil to Between the Canals, and each analysis is accompanied by 5/6 stills from the scene in question bringing each brief synopsis to visual life.

A series of two-page essays punctuate the book, taking in  a variety of angles of the portrayal of Dublin as a cinematic city; a musical city; a city of revolution; a literary city; a city of gangsters; and of booms and busts.

The book’s editors, Caroline Whelan and Jez Conolly, have put together an accessible and enjoyable read that can be dipped into for nuggets or appreciated for its more cultured examination of Dublin’s cinematic heritage on a deeper level.

Providing an insight into how Dublin has both shaped and been shaped by filmmakers, World Film Locations:Dublin is an engaging journey through Dublin and its representation on screen.