From Oscar® nominated director Juanita Wilson and based on the acclaimed novel by Daniel Woodrell (Winter’s Bone), Tomato Red is released on DVD and is ON DEMAND on April 28th.

When small town drifter Sammy drives into town in search of his next cold beer and the bunch that’ll have him, he gets a lot more than he bargained for.  Food and lodging and the possibility of a better future thanks to redheaded Jamalee and her brother Jason who dream of hitting the big time.  But breaks aren’t easy to come by if you live in Venus Holler. Finding themselves powerless against the forces of corruption and prejudice, the hardest thing Sammy has to fight are the demons inside his own head.

Starring Julia Garner, Jake Weary, Nick Roux & Anna Friel, Tomato Red is an original and moving film about the struggle to get a break and our deep seated need to belong.

Thanks to our friends at Element Pictures we have 3 DVDs to giveaway.

To be in with a chance of winning simply email filmireland@gmail.com with Tomato Red in the subject line by 5pm Tuesday, 2nd May when the Film Ireland hat will select a winner as it grows to 1–3 metres in height and develops a weak stem that will sprawl over the ground.

Tomato Red is available to own on DVD & ON DEMAND from April 28th.

Cathy Butler takes a look at Juanita Wilson’s Tomato Red, which screened at this year’ s Audi Dublin International Film Festival and is on release from 3rd March.

Sammy Barlach is released from prison, with apparently nowhere to return to. As he bounces around unforgiving, disenfranchised, remote Midwest America, he chances upon brother and sister Jamalee and Jason Merridew. Living in a trailer in the nearby town of Venus Holler, the siblings attempt to taste a better life by breaking into the homes of the wealthy, making themselves comfortable, and maybe stealing their clothes. Sammy is pleased to find a friendly face, and sets up home with the Merridews in Venus Holler.

Jason and Jamalee dream of breaking out of the deprivation they have been born into, while their more pragmatic mother Bev works as a prostitute from the house across the way. Jamalee wants what the owners of the houses she breaks into have, but just stops short of meaningful attempts to better her situation. Sammy, in love with Jamalee but spurned by her, seeks solace in her mother, and becomes quite comfortable with the domestic situation. However, his impulsive nature and his blind love for Jamalee are the undoing of any possibility of a comfortable life for him, and cause him to set out on a sharp downward spiral.

The film is entwined around two core acts of violence, which are given spare treatment, allowing their full impact to come across. The cast are given the space to make the most of each scene, which they do ably. They are captured along the way by Piers McGrail’s captivating cinematography, along with the vast and expansive scenery.

You could view the film as a social issues piece, or ignore that altogether and look at it as a tragic love story. The classism of the ostensibly “well-to-do” in this film is blatant and shocking, with the characters being called white trash to their faces, amongst other disparagements. Jamalee wants the life they have, but continues to trespass, steal, or cause a scene at a country club. Sammy, on the other hand, seems together enough to not re-offend, and clearly wants a settled, quiet life. His feelings for Jamalee, however, ultimately bring him back into that world that he could have potentially escaped.

This is where the tragic love story kicks in; had he not been so besotted with Jamalee, it’s possible Sammy’s life could have gone a significantly better direction. Or maybe it wouldn’t have. Perhaps Tomato Red is both the social realist piece and the tragic romance.

Tomato Red screened on Saturday, 25th Feb 2017 at 8:45pm at the Light House Cinema as part of the Audi Dublin International Film Festival. 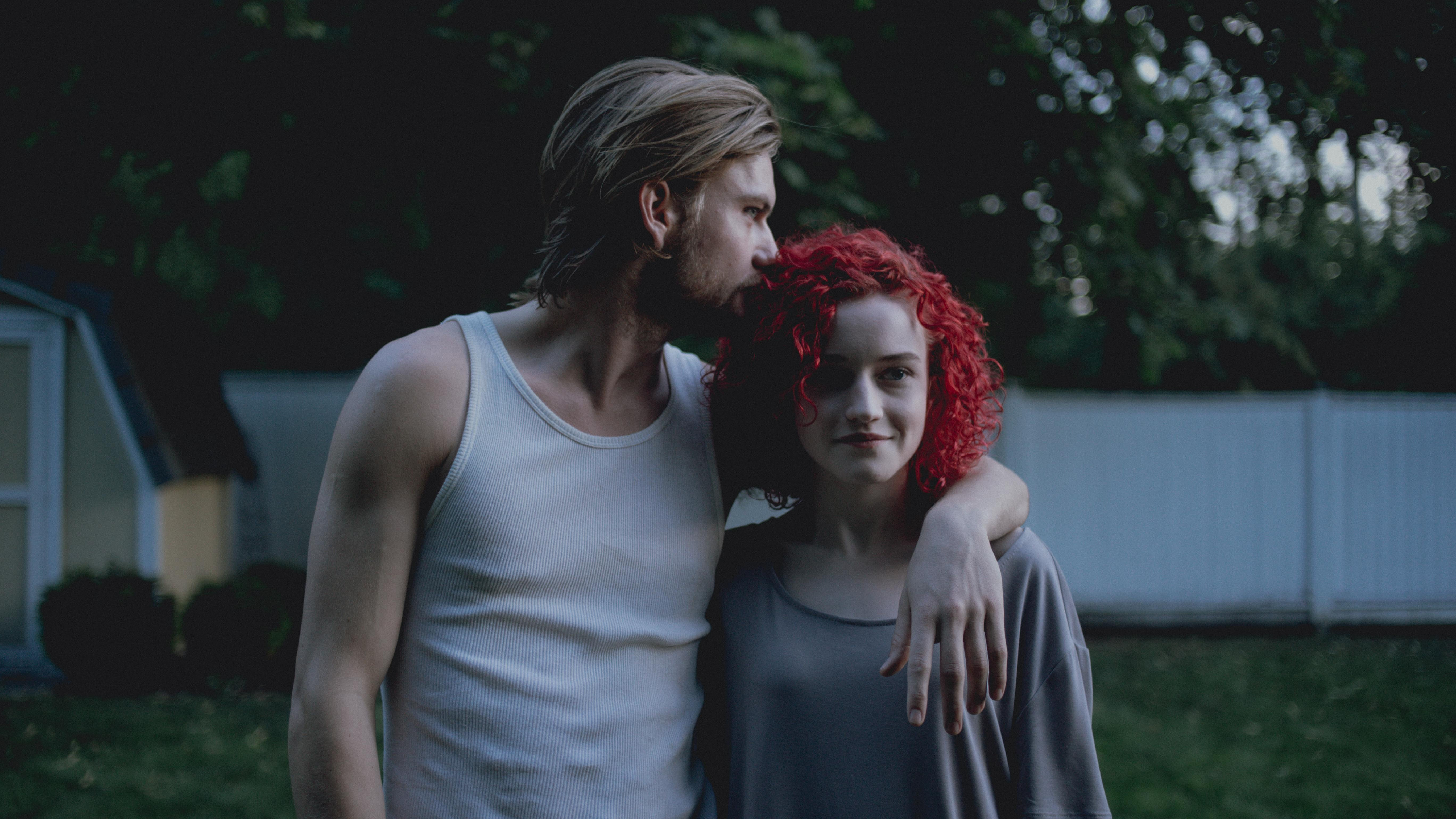