When a group of rich 20-somethings plan a hurricane party at a remote family mansion, a party game goes awry in this fresh and funny look at backstabbing, fake friends, and one party gone very, very wrong

Podcast: Antonia Campbell-Hughes, Writer & Director of ‘It Is In Us All’

Podcast: Dónal Foreman, Director of ‘The Cry of Granuaile’ 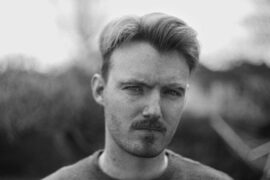