Kimberly Reyes spent 5 days at the Dublin Film Festival and sent us on her highlights.

I managed to watch about 20 films in my five days at the Dublin Film Festival. While I couldn’t write about all of them individually, like I did The Worst Person in the World, a few other noteworthy films made their Irish premiere at the festival. I saw plenty of excitement, pride, and stimulating filmmaking on display, and I didn’t want to go back home without highlighting some of my favorite films that may not get, but deserve, mainstream coverage post-festival. Here are four movies that I suggest seeking out in cinemas or online.

This absolutely unsettling film is based on Tasmania’s 1996 Port Arthur massacre which took the lives of 35 people. Despite the inherently violent subject matter, director Justin Kurzel offers a slow build with an unexpectedly anti-climatic ending. By doing this the film dabbles in psychological horror territory as we anxiously wait for Nitram to blow. Caleb Landry Jones (who eerily resembles the real-life murderer Martin Bryant – ‘Nitram’ is Martin spelled backwards) gives an absolutely discomfiting and engaging performance, for which he won Best Actor at Cannes 2021. I don’t think this film would work without the tension, mania, and vulnerability that he offers. Anthony LaPaglia also gives one of the best performances of his career as Nitram’s disarming and depressed father, trapped in suburban melancholy.

Steered by Laura Samani, this film follows an Italian woman named Agata (Celeste Cescutti) who births a stillborn child in early 1900’s Italy. She goes on a vision quest of sorts to name and baptize her baby so that the child is no longer in an unnamed limbo, in an unnamed grave. On her journey she encounters Linx (Ondina Quadri), a freebooting young man (although that’s another storyline that stuns), who, at first, tries to swindle Agata before taking up her cause. The mystical elements of the film work in tandem with the haunting screenplay to viscerally chill the audience. Sound and cinematography also heighten the emotion in this already devastating film about life, journey and obligation. Samani won Best Director at the festival for this film.

This Hungarian/German film has everything that the film that won Best Documentary at the festival (Three Minutes a Lengthening, also about the Holocaust) was lacking in emotion. Writer Kata Weber and director Kornel Mundruczo’s film follows a fictional Holocaust “survivor’s” family story in three acts; although the familial link is not apparent from the beginning of the film. The first act is all brutal action in a gas chamber with no dialogue, and the second act is all brutal dialogue between a mother and daughter in a kitchen. That second act, which soundly surveys survivor trauma while grounding its bordering acts, features the killer line: “I don’t want to be a survivor, I want to be alive.” The third act features the daughter’s virtuous yet bullied son as he navigates the world with burdens not of his own making. Biting and smart, this film demonstrates what generational trauma looks like without making it spectacle.

Review: Dr. Strange In The Multiverse of Madness 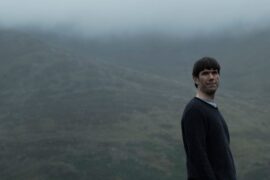