Shot in one tense, turbulent take, Boiling Point serves up the behind-the-scenes chaos of a popular restaurant, one course of juicy drama at a time.

Andy Jones (Stephen Graham) is a head chef pushed to the brink. Boiling Point opens during  an emotional phone call to his son and estranged partner, as he arrives in to work – late again – during an unsuccessful Food Safety inspection. With supplies in the kitchen running low, and two of his staff missing, the evening starts on a sour note and only goes downhill from there. When the doors open, the influx of difficult customers range from bolshy racist bullies to entitled influencers determined to order off-menu; but, there’s one table who really bothers Jones: his old boss, a successful TV Chef Alastair (Jason Flemyng) who brings his present boau, a notorious food reviewer Sara Southworth (Lourdes Faberes) to nitpick the menu.

Off the bat, Carly (Vinette Robinson), Jones’s sous-chef and second in command, just about keeps the peace, covering for his failings. She talks him down as he flies into a rage, defending new, untrained staff for relatively innocent missteps. But, as the night wears on, and the customer’s demands escalate, putting a strain on the kitchen, Carly takes her frustrations out on Beth (Alice Feetham), the restaurant manager, who’s been quietly putting out fires in the front of house the whole evening. However, it only takes one small, simple error and this perilous house of cards comes tumbling town.

For anyone who’s worked in a high-pressure environment and/or in a customer facing role, this film will feel all too familiar. Director Philip Barantini slowly ups the temperature, until his cast of relatable, well-drawn characters are almost boiling alive. The script, story, and pacing – something he co-wrote with James Cummings based on his own experience – are garnished with industry insights and dripping with authenticy. The hierarchy of the restaurant and the internal politics are perfectly observed, while each of the characters – no matter how minor – have unique arcs as well as a complex set of relationships with every other character. The scope of this insular world, all set in once location, is genuinely impressive to behold.

From performances, to delivery, this film is something of a technical feat. The lighting is dim and natural, the camera, handheld, with DOP Matthew Lewis capturing the action like a documentarian in a warzone – the lens framing Jones and his team as they navigate the pressures of the kitchen. The contrasting sound mixes, the whirring of tungsten lighting, it all gives that unglossy, unglamourous feel of reality. According to Barantini, this was actually one take – and not clever editing. The original plan involved a more extensive shoot, however as this was filmed in March 2020, they reduced the schedule to two days in total. This makes the emotional depths reached during these performances all the more noteworthy. Stephen Graham brings much needed warmth and complexity to the self-destructing Jones, but Vinette Robinson truly earned her BIFA win for Best Supporting Actress, a ceremony where Boiling Point picked up quite a few wins after 11 nominations.

This watched pot certainly heats up when it’s supposed to, and Boiling Point delivers something substantial and surprising.

Boiling Point is in cinemas from 7th January 2022. 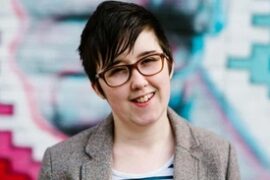