Rachel Gough was in Cork for the 21 Commemoration Screening: The Last September.

Since the beginning of Ireland’s Decade of Centenaries we have witnessed a dearth of period pieces reaching our screens which purport to tackle the turbulence and violence of the years 1913 – 1922. I am particularly cognisant of RTE’s series Rebellion and Resistance, whose attempts to “follow those caught up in the vicissitudes of history” consistently fall short of the mark of genuine pathos. These productions, in spite of featuring solid performances typically feel flat, with two dimensional characters and uncomplicated, uncritical patriotism ensuring that the show feel like little more than a history lesson. Against this prosaic backdrop, Cork International Film Festival’s decision to screen Deborah Warner’s 1999 film The Last September, is an inspired choice.

Based on Elizabeth Bowen’s 1929 novel of the same name, the film follows Lois (Keeley Hawes), a free spirited young woman from an Anglo Irish family, experiencing her sexual awakening at the dawn of revolution. The film, written by John Banville and starring an all star cast, (Maggie Smith, Michael Gambon, Fiona Shaw, David Tennant) has all the sumptuous escapism of any high quality period piece, but the ethno-political quandary of what it is to be Anglo-Irish distinguishes it from the aesthetic driven nonchalance of the typical Downton Abbey fare.

The decision by CIFF to screen a film based on the Anglo-Irish experience is one of genius. While it is an identity which has never been truly absent from our screens, recent productions have been emphatic on what exactly the national mood towards this hybrid identity was and continues to be. It is jarring and wildly refreshing to encounter a story where the stock villains fail to see themselves as such.

The strongest impression one is left with after viewing, is Deborah Warner’s incredible tonal literacy. The atmosphere is distinct and powerful, and much like its characters the film is one moment light and giddy, the next brooding and sombre, but always suffused with an ineffable sorrow. The film is one great cinematographic sigh. If ever a film was nostalgic, then this is it. Even before the disastrous events of war and familial conflicts began to unfold, the film is suffused with melancholy. The camera lingers lovingly over peeling wallpaper, a garden swing, the fading grandeur of a way of life about to fall into the sere.

The Last September, however, is far from being a rumination on England’s past glories. As Dr. Ciara Chambers observed during her introduction to the film, Warner constantly has us look at characters through broken panes of glass, door frames, telescopes, anything to trouble our view of these characters and to trouble their view of themselves and their place in the world.

The history of Ireland in the early 20th century has and no doubt will continue to provide fertile ground for writers and filmmakers. What is less clear is how many of these writers will take inspiration from Bowen and Warner and take time to explore the ever-shifting in between spaces of Ireland’s revolutionary story.

The Last September screened on 7th November 2021 as part of the Cork International Film Festival. 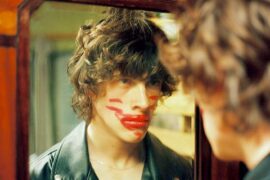 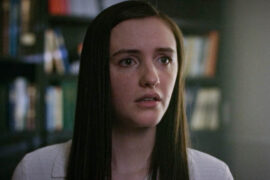