Gemma Creagh talks with filmmaker Jonathan Victory about his feature travel documentary, A Far Green Country, which is released on YouTube this evening at 8pm.

What drew you to the world of film?

I think film has an important social function in reflecting different experiences of life. Films are arguably a space for teaching empathy in that the more empathetic filmmakers tend to be the better visual storytellers. This is because if you want to reach a mass audience, you need the audience and filmmakers engaged in empathy to follow what’s happening.

As for the craft of filmmaking, it requires so many different departments of so many different artistic and technical backgrounds to work in harmony. It’s like throwing 10 darts at 10 moving dart boards at once and aiming for 10 bullseyes. So when a film stands the test of time as a particularly good one, people like me get more curious about how that film was made. So I find working in film both important and exciting, with an atmosphere that suits me better than other kinds of workplace.

What has your experience been working in the industry as a Neurodivergent individual? What do you think needs to change?

For the most part, jobs on film and TV productions have gone really well for me. I have had other ones where I got overwhelmed from sensory issues and the medic sent me home. I could take those experiences as a sign of change in the industry, in that they prioritised the safety of a vulnerable crew member. But it’s frustrating when this happens because you sense it could affect you being re-hired in a way that may not happen with other kinds of health issue.

There’s also this sense of film shoots as a high-stakes mission where everyone is under time pressure, so everyone needs to give it their all working through the schedule. Internationally, and now in Ireland, crew members are coming forward about their experiences with long hours, overtime and working conditions. This has a big impact on a generally healthy neurotypical, never mind someone entering the industry who is neurodivergent or in some kind of health treatment. If burnout is a widespread problem, at some point the workplace has to change. So I hope the industry doesn’t get defensive as this stuff comes out and actually pursues making hours, pay and working environments more manageable for everyone.

When did you decide to shoot A Far Green Country?

I brought my camera to New Zealand at the end of 2019, mainly to have a record of this trip. I thought I might get a small YouTube channel out of it, with short videos about a Lord of the Rings location I visited. But that’s been done many times by people with better equipment than me.

I realised there was a better opportunity in the footage to tell the story of this trip start-to-finish. There was a more unique angle in demonstrating how day-to-day issues could affect an autistic person differently, at a time when there is still a lot of misinformation and misrepresentation around autism. So I shot some pieces to camera over the last few months, reflecting on the health issues I faced on the trip and during the pandemic since.

What was it like, being on site where The Lord of The Rings were filmed?

It was exhilarating for me as a fan of these movies. You’re not just visiting where your fictional heroes stood; there are filmmaking heroes, who did a lot of difficult work to produce especially meaningful and impactful films. When some of the remote filming locations took hours to drive to, it hit home more how massive a production it was for the time.

You are quite honest and open throughout the film. Was this difficult?

I would say so, Yeah. Particularly gauging how much to share, reflecting, rewriting and editing accordingly. My guiding compass became what would be in service of the film as a whole? Share only the details relevant to the themes and flow of this standalone piece. If I have the opportunity to make a film about what life is like for me, then I might as well explain key parts of my struggles and see if it resonates with anyone else.

This kind of confessional storytelling is more common in theatre than filmmaking but YouTube has been a huge space for this kind of storytelling. I’m releasing A Far Green Country on YouTube because I think it will find its audience there. Hopefully, it could help someone else navigate challenges if they are neurodivergent or exploring whether they are.

What was the most challenging part of the trip for you? And which was your favourite?

I had a busy itinerary to drive myself around the South Island and the highway to Akaroa was a much longer drive than I anticipated. Bends are so much more common on New Zealand roads, you have to approach them at specifically marked speed limits. Adjusting to this on top of other stresses I was facing had me exhausted by the time I got to Akaroa. That brought a very challenging sense that I had taken on too much.

This road trip on the South Island had also brought me to two amazing places I’m excited to share in this film; the Makarora Blue Pools and the stunning rocks at Castle Hill. These weren’t even connected to Lord of the Rings! So there’s something for everyone in this film and plenty of cool things I was fortunate to see.

Now things are opening up? Would you embark on a trip like this again?

Absolutely! New Zealand in particular has so many more places I want to see, I don’t think I would run out. Here’s hoping someone in travel show presenting or New Zealand tourism can get me a job.

How long did the edit take?

I started working on A Far Green Country as a feature film concept in April 2021. We are now releasing it November 2021, so that’s about seven months of work. I had other film jobs during this time. Some went well, on others I was sent home sick. So this project at least gave me something to work on when I had to stay at home. It has also made me realise how much can be accomplished in half a year.

There’s a fabulous sound mix. Can you tell us a little more about this?

I did almost everything on this film by myself and I’m not necessarily committing to that going forward. It would feel less isolated and more fulfilling to work with other people on films. So I figured rather than attempting to compose the music myself, I should have someone else involved.

One of my temp tracks was a piece by Lizzie Fitzpatrick. I am a huge fan of her band Bitch Falcon, but the track I was using was from her electronic project Coolgirl. I reached out to her to ask if she would compose a few more tracks especially for the film. She had been wanting to compose for film for some time, so I’m thrilled to say she said yes. She already had enough material in unreleased demos to present me very promising directions for a film score. She ended up producing four awesome tracks that will be available from November 12th.

What’s next for this film – and for your career?

People who like Lord of the Rings and want to reflect on the films’ impact ahead of their 20th anniversary will enjoy this film.

People who like travel documentaries in general will also enjoy this film.

People who want to explore neurodivergent perspectives and mental health in the times we’re living through, should get something out of watching this.

If enough people watch this, it could help my next documentary get made which is a history of the Magdalene Laundries in Ireland, and the ongoing fight for survivors’ justice.

From there, I would love to move into directing my own screenplays.

Thanks for chatting with us, and best of luck going forward. We look forward to seeing them sometime soon on the big screen! 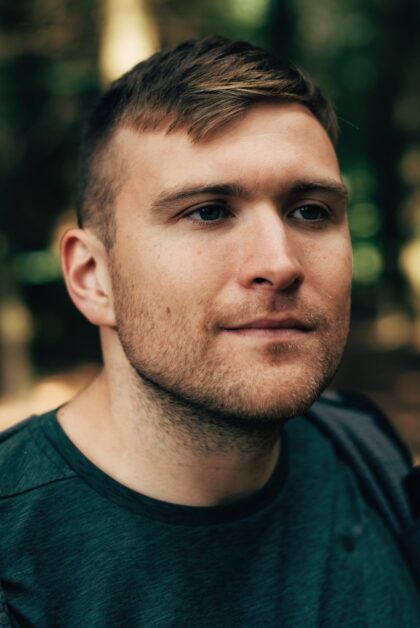 Jonathan Victory is an autistic writer and filmmaker from Dublin, Ireland. He graduated valedictorian in English, Media & Cultural Studies from IADT Dun Laoghaire, and a Masters in Digital Film Production from Filmbase. He is a former co-host of the Film Ireland podcast and director of his debut feature documentary A Far Green Country. Support The Filmmaker here: https://ko-fi.com/jonathanvictory