Cian Geoghegan gets involved in a manic caper.

Kim Yong-hoon’s debut is a love letter to Murphy’s Law. His cast of wayward criminals, escorts and gym clerks make one wrong choice after another, each backfiring spectacularly. The plot elements of this caper are familiar – a big bag of money, a crippling debt, a life insurance policy – but they drive characters to uniquely deranged and unwise places. The results are delightful to watch – or repulsive, depending on your stomach for these things.

Bae Seong-woo plays Joong-man, sick of life behind the reception desk at the local gym and delighted to find a bag of money fall into his lap when cleaning out the abandoned lockers. Bae’s role, like many in the film, is archetypal and melodramatic, but he imbues a humorous grunt into Joong-man’s daily trudge, along with a heart-breaking hope when he thinks his luck is turning.

The film’s other main character, Mi-ran (Shun Hyun-bin) is an escort who enters an affair with a client, a boy from China who looks like he was discharged from K-Pop boot camp. Their romance is hapless but tender. Mi-ran’s young lover insists on killing her abusive husband, only to run over and bury a completely innocent man in a case of mistaken identity. In one of the film’s many unexpected turns, Mi-ran’s bad-boy boyfriend is stricken with sickness at the thought of having killed a man, exacerbated by him being innocent of any crime. This reflects a broader theme in the film, that of facing insurmountable challenges, and seeing whether or not you are a match for them. Some of these characters take these trials and tribulations on the chin. The vast majority of them don’t.

There is a light breeziness to Kim’s style which feels out-of-step with the globetrotting, festival-friendly cinema of the New Korean movement. Absent is the cutting social commentary of Bong Joon-ho’s Parasite or Lee Chang-dong’s Burning. Its focus is instead on style, on emulating the fast-paced crime genre. Kim’s world is not one of class struggle, but class chaos. His characters scramble through a careless city, without collective co-ordination or tangible goals. They seek the quickest way up the ladder available to them at that moment. They make impulsive decisions with only the most immediate gratification in mind. This pattern of decision-making results in pure frenzy, a collective incomprehension that ensures none of them succeed.

So manic is the film’s chaotic structure, that the non-linear storytelling is not even apparent to viewers straight away. And why would it be? Everyone is operating on their own wavelengths anyway, completely out of step with anyone else. The disfunction of Kim’s world, and his ability to maintain narrative clarity across it, is perhaps the greatest strength of his debut film, with hopefully many more to come. 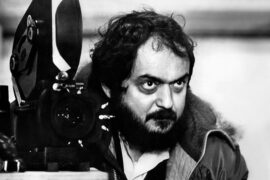