In this Film Ireland podcast, Paul Farren talks to director Lorcan Finnegan and writer Garret Shanley about their film Vivarium, which is available on digital from 27th March.

During their search for the perfect home, Gemma (Imogen Poots) and Tom (Jesse Eisenberg) find themselves trapped in a mysterious labyrinth-like suburban neighbourhood named Yonder. All attempts to escape end in failure, culminating in the discovery of a baby on the pavement outside house number 9 with the instructions ‘raise the child and be released’ .

Listen below as Lorcan and Garret take us inside number nine…

Vivarium is the third film that Lorcan Finnegan & Garret Shanley have worked together on following their 2012 short film Foxes and their 2016 feature Without Name. 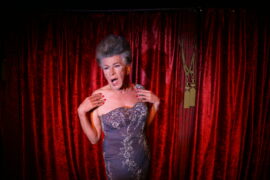