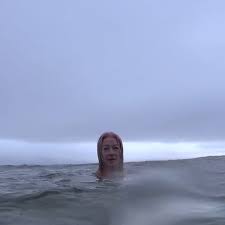 Growing up is one of the hardest things you’ll have to do in your life. Following the carefree comfort of childhood where everything is sunshine and rainbows you are thrown into the real world without any warning. Once you hit the pre-teen stage of your life everything becomes complicated. You’re expected to do things independently without your parent’s help, who said that was part of the life package? The cute little annoying traits you possessed for years are now considered childish, no more puppy eyes to get off the hook. Not to mention the horrifically confusing changes you’re going through emotionally and psychically. The thing that no one tells you is that this period of your life lasts from when your twelve right through your twenties and possibly beyond. Coming of age is defined as the “transition between childhood to adulthood “. What a terrifying concept. One day you’ll wake up to find that you’re not a child anymore. You now have responsibilities and people who depend on you.

Movies that try to show this period of life have gifted the world with some of cinemas finest pieces.  Films such as Dazed and Confused, The Perks of Being a Wallflower, Lady Bird, The Edge of Seventeen and Stand by Me show those who are going through this tricky period of their life that they are not alone. It may be the most important genre of film out there. Good Boys on paper may not seem like it has anything in common with the previously mentioned film. How can a Pre-Teen Superbad that leans on gross-out jokes teach kids a valuable lesson? Suspend your disbelief because Good Boys is oddly one of the sweetest films of the year.

Good Boys tells the story of three boys The Beanbag Boys. Max (Jacob Tremblay), Lucas (Keith L. Williams) and Thor’s (Brady Noon) whose lives change when they get invited to their first party. The trio ditch school and set upon their adventure in hope of climbing the popularity ranks. It’s safe to say that their day off doesn’t run as smoothly as Ferris’ as they face run-ins with teenage girls seeking their stolen drugs, a vicious frat house and a cop who just wants to go home.

Produced by Evan Goldberg and Seth Rogen, if you’re not a fan of the raunchy humour of Superbad, Pineapple Express or any of their other collaborations then Good Boys isn’t for you. If, like me, you find their work to be uproariously funny then you’ll be treated to one of the fine comedies to emerge this lackluster year. The humour relies on kids saying things that every parent dreads the thought of. It’s kind of crushing to see the kid from Room dropping F-bombs for ninety minutes. Why does the film feel the need to rely on this style of humour? For starters, it works wonders. The language coming from the boys is the same ridiculous method of cursing that every boy uses when he begins to learn new words.  The escapades the gang gets themselves into is where the film’s biggest laughs run from. A running joke involving a childproof lid is a winner. Seeing how the boys interact with beer, drugs, an odd CPR doll and even odder weapons are hysterical. Even though the high jinks are far fetched the cast make it believable. The Beanbag Boys are played by three young men who all have bright careers ahead of them.

Had the film been miscast then there was a real possibility that the entire concept would have flopped. Putting a film into the hands of any young actor is a mammoth task, when you increase that number to 3 teenagers then making a great film is a minor miracle. Jacob Tremblay, Keith L. Williams and Brady Noon elevate this film by leaps and bounds. Each one of the three leads plays a vital role. Jacob Tremblay as Max is the only popular member of the group. Faced with a conundrum that many faces when growing up. How do you make everyone like your friends? Tremblay plays Max with a sincerity that is often missing from R-rated comedies. In one scene, a kid dismisses Lucas and Thor as “random”, to which Max beautifully responds “They’re not random. They’re specific.” Brady Noon gives what would normally be a one-note character in Thor layers of emotional depth. Thor is plagued by bullies who won’t allow him to pursue his dream of singing. As any man can tell you one of the hardest parts of becoming a man is that people try to limit who you can be to fit their perception of what’s masculine. Keith L. Williams steals the show as Lucas, a boy who just wants to be honest. Williams’ comic timing would be impressive for a comedy veteran. His realisation that his parents are getting divorced when he gets his favourite dinner and fizzy drink on a school night is wonderfully funny. The chemistry between the young actors makes you root and believe in their friendship. Beanbag Boys for life.

First-time film director Gene Stupnitsky injects fresh energy into the comedy genre. The past few years of R-rated comedies have been brutally average. You’ll struggle to name five genuinely good comedies from the past twelve months off the top of your head. Universal put their trust in a man who hasn’t gotten many breaks in the industry. If you look at Stupnitsky’s work on television you’ll see that he’s clearly talented, he directed the all-timer Office episode “The Michael Scott Paper Company.”. Stupnitsky is aware that comedy can’t work on its own, you need to relate to the story. Good Boys is filled with a surprising amount of heart. The final ten minutes left me with an unexpected lump in my throat at how much I related to the story. Stupnitsky wrote the script along with his good friend Lee Eisenberg, who he wrote Bad Teacher and Year One with. While those films aren’t exactly stellar keep in mind that Eisenberg wrote the funniest scene of The Office in “Scott’s Tots”. The Good Boys’ script is filled with one-liners that keep hitting it out of the park and sequences that will leave you floored. The film’s major flaw is one that is continuing to clog recent films: unnecessary pop-culture references. This is another film that can’t resist making a Stranger Things and Game of Thrones reference. These jokes are unfunny now, what happens in twenty years when those not in the current zeitgeist visit these films for the first time?

Good Boys is fun from start to finish. As the summer season is winding down this is a perfect film to catch before it ends. Seth Rogen, who produces the film, is establishing himself as one of the sought-out men in Hollywood. Following the critically acclaimed Long Shot, the juggernaut Lion King remake and the most popular show of the summer The Boys, it seems that he can’t put a foot wrong. When you put people who are passionate about the comedy genre behind it you’ll get the results you deserve. Good Boys is a film that will become the first R-Rated comedy that many kids catch at 2am in the morning at a sleepover. It’s lovely to know that along with the raunchy humour they’ll get a film with a good message. 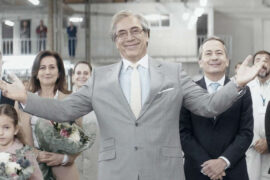