Written by Irish author Kevin Barry and based around characters he created for his own short story collection, Ian Fitzgibbon’s (Death of a Superhero) pitch-black comedy centres on a small Irish town over a week-long period.

If you’re going get involved with men in a small Irish town, they might as well be the Mannions – and Sara is involved up to her neck. The Mannions are a feuding family in the town of Dromord who are all set at each other. Sara is married to Daddy Mannion but holding a candle for her first love, his son Doggy. When she also gets involved with his brother, trouble looms. 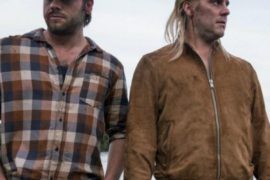