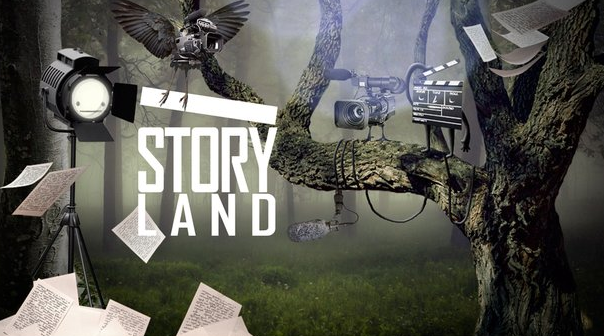 RTÉ and Northern Ireland Screen have announced that they are seeking submissions from writers and producers to develop new original online dramas for the next season of Storyland. The online drama series gives emerging Irish creative talent an opportunity to make original Irish stories available to a national and global audience on RTÉ Player.

RTÉ and Northern Ireland Screen will select five scripts from those submitted and work closely with the scriptwriters and producers on the development of each script. Writers from the worlds of television, film, theatre, literature, documentary and journalism are being sought, whether or not they have written for television or film before. Directors will then be contracted once the scripts have been further developed and are ready for final development and pre-production.

This year Storyland will develop five projects of up to 20 minutes duration. Up to five dramas, each with a budget of € 31,000, will then be commissioned. The closing date for submissions is 15th of December 2017.

David Crean, Executive Producer for RTÉ Television said ‘The new series of Storyland will explore dramas focused around a theme of ‘rage’. We want this year’s Storyland dramas to tell a modern Irish story challenging orthodoxy and subverting our perceptions of normality.The point and purpose Storyland is to broaden the reach of who gets to write drama, helping new writers and producers to develop. This year we have had Oonagh Kearney, Colin Murphy, David McCrea, Ewen Glass writing for Storyland – all original voices with something to say about contemporary Ireland’

Now in its eighth year, Storyland continues to offer an invaluable platform for Irish writing, directing, producing and acting talent throughout the island of Ireland. Previous Storyland commissions have gone on to be commissioned for RTÉ TV series in comedy and drama, developed into a feature film, won numerous international awards and have generated additional opportunities, both within and outside RTÉ for the writers, directors, producers and actors.

Richard Williams, Northern Ireland Screen CEO, said “Teaming up with RTÉ on Storyland is a perfect partnership for us, allowing us to support the development of, and invest in, a new generation of talent. We can’t wait to see what great stories and new voices will be discovered through the scheme this year.”

The Galway Open Day for Storyland will take place in Galway Film Centre (White Room in Cluain Mhuire) on Wednesday 8th November from 1pm to 2pm.

Full details on Storyland will be presented in this 1-hour talk and to register to attend please email: storyland2018@rte.ie