Leticia Agudo talks to Film Ireland about her film Refuge, which tells the story of a young Irish man in an unfamiliar European city who gets help and refuge from an illegal immigrant, a young man like himself. For one night, they’re equals.

The realities of the current refugee struggle are documented and fictionalised in different ways. The normal view is: THEY want something/everything from the US – help, food, asylum, money, protection, jobs. It is a one-sided relationship, normally “they” are not considered to have anything to offer.

In a very simple and mundane way, even, I wanted to turn this idea on its head; what if the “European” needed help from “the refugee”? What if the resources and facilities we take for granted as we move through the world with ease – backpacking in Thailand, long weekend in Marrakesh, getaway in Barcelona – are stripped away and we haven’t bothered to learn the language, the ways, the place, even in a country within our own “safe zone”? That shift in perspective is what Refuge explores.

Given my experience directing documentary, I wanted to enrich the film with the actors’ real-life experiences over a given dramatic scenario, using the background of Seville, passersby and everyday life to insert our little “drama” into. Bobby [Moloney, co-writer] and I wrote a scenario with a brief description of each scene, to work the build-up and structure in the story. I then worked with the actors on location so they would improvise the lines, approaching every situation through their own perspectives. I had the idea to cast the “refugee” from someone who had lived through a similar experience. The South of Spain has had a constant stream of people coming from North Africa for decades, and so I enlisted the help of the refugee integration society Fundación Sevilla Acoge to find someone who would like to take part.

For the Irish cast, we held two casting workshops where I gave the actors parallel scenarios to those in the script to improvise on. I never use the actual script or ask for prepared monologues for casting, as I’m looking for how an actor interprets character and situation, how they react to other actors and take direction. From the first audition, Cork native Tommy Harris reacted with the energy and the innocence I was looking for in the character. For the character of the illegal immigrant, I gave Sevilla Acoge a profile (age, English speaking, similar experience). Cletus Fonony had a great contrast between a very strong presence and a delicate manner, which would flip audiences’ expectations. He liked the idea of embodying the character; he wouldn’t have wanted to take part in a documentary about his exact story, but he liked the idea of drawing from his experience as someone else.

Going back to film in my native city of Seville, we had my family and friends’ support and resources for this no-budget short, sleeping in their spare rooms and getting the occasional home-cooked meal. We were a tiny crew of 4: producer Paul McGrath (also sound recordist and extra), co-writer and associate producer Bobby Moloney (+ camera assistant and extra), DOP Jaro Waldeck and myself (also playing a cameo). We walked every inch of Seville, scouting out locations and testing shots. We basically test shot 80% of the film in the three days prior to Tommy’s arrival, as sequences like the robbery and chase were tricky and finding the perfect location for the first encounter between the characters and the “refuge” took some time. We put poor Tommy to work as soon as he got off the plane, running through busy Seville streets and even getting stopped by locals reacting to what they thought were real-life situations! We never disguised the fact that we were filming, but Jaro’s discreet DSLR rig and Paul’s clip mics, meant we could be fast and unobtrusive in our environment. On the other hand, Seville people are very reactive towards crime and they’re very fast on their feet stopping and chasing culprits!

Actors Cletus and Tommy didn’t meet until the evening before they had to work together, so in the process of making the film, they got to know each other and their backgrounds, and explore those first awkward moments of nascent friendships in and around the film. They were both extremely adaptable and intelligent, reacting naturally to situations and filming conditions. I’m happy to say it was a great collaborative production, an intense and very enjoyable experience.

Because of its history, Seville’s architecture is a mixture between East and West, with strong Arabic influence in the buildings and the culture. This added to the layers and the relativity of cultural and national identity, which is one of the themes that interest me as a writer and director. In relation to visuals, the autumn and early spring are the best times in the city light-wise, when the pinks and the oranges highlight the buildings’ own reds and oranges. It’s a city of visual contrasts, where the streets are always full of people strolling, eating, drinking, as in the rest of the Mediterranean.

It was dis-proportionally long for a fiction, in relation to the amount shot and the intended length of the film. Bobby and I edited the film, dividing in two and it took a while for Paul and us to be happy with the structure and, for me, with the rhythm, which is crucial for a short film. This was slow moving but it had to work, like any short, like a piece of music. Paul did a incredible job with After Effects in things as radical as removing one of the actors from a shot because we were flagging his presence too much. Bobby also did an incredible job of editing and sweetening the sound, and for the grading, we returned to our favourite, Eugene McCrystal, with whom we had worked before.

Finding the right music was also more challenging than I expected. At pre-production, I really wanted to use a song that Antonio López was making for Sevilla Acoge about immigrants, and after talking to him, he had the idea to compose a new song based on the themes of the film, which he sang in Spanish. I decided to go with very little music in the end, to counterpoint certain moments, which we sourced from the West One Music group.

Even after I thought we were picture locked, after sage advice from a shorts programmer, we cut another 3 minutes off the film, including two beautiful shots of the Irish character enjoying the city of Seville, which were two of my darlings, but they didn’t do anything else to the film.

I’m interested to see how an Irish audience reacts to the subject matter and to the style of the film. Roll on IndieCork and Kerry!

Refuge screens at IndieCork in Programme 3 of the Irish shorts programme @ 12.00pm on Saturday, 14th October.

Refuge will also screen at the Kerry Film Festival in the RECALL short programme @ 4pm on 20th October and at the Brest European Short Film Festival, where it is the sole Irish representative screening in competition, on the 8th and 9th of November.

Film Ireland at Sundance: ‘Flora and Son’ and ‘The Deepest Breath’ 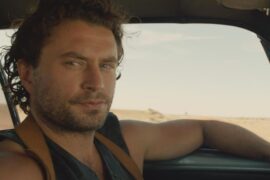