If you have any sort of an interest in Ireland and our great natural resources, Atlantic is an absolute must see, which will have your blood boil, and make you feel impassioned by an often over-looked issue.

Narrated by Brendan Gleeson, beautifully shot and directed by Risteard O’Domhnaill, this documentary offers an impreccably presented insight into the lives of three  fishermen, in Ireland, Norway and Newfoundland.

Having no experience of fishing, and not knowing anyone from a fishing community, I did wonder would Risteard O’Domhnaill’s second offering would interest me. I watched his debut doc The Pipe because of the media coverage surrounding the Rossport 5 and Shell to Sea. I went into Atlantic, however, fairly clueless to the scale of the issue. But from start to finish I engaged with these men and their communities as if they were friends. I was outraged at the injustices, pleased about their successes and generally felt a a real sense of comradery with all of them. They are all real hard-workers that deserve success, and not to struggle despite having an amazing resource on their door-step.

These are three massively contrasting stories with one thing in common – the Atlantic Ocean.

In Newfoundland, we see the struggles fishermen have had because of over-fishing for many years that resulted in an eventual ban. In Norway we see the success and conservation of their most important natural resource. Back home in Ireland, we meet fishermen in Arranmore, a tiny community that has been devastated by Ireland’s fishery policies, and its massive EU quotas. Massive trawlers eclipse the tiny fishing boats indigenous people depend on to survive. The whole issue has also been over-looked, and I certainly found myself asking why.

Atlantic offers an insight into the importance of the sea, at home and abroad. Not just for fish but for gas and oil, the real profit-making and enviornmentally precarious commodoties.

The emphasis for many traditional fisherman has shifted from fish to oil. Many fishermen in Newfoundland and Norway have switched profession. However, in Norway, scientists have been studying the effects of oil drilling on the sea and its very important inhabitants. The results have been taken on board (excuse the pun). Oil drilling has ceased in certain parts because it was disrupting marine life. It seems the Norwegian government actually cares about this resource. It is this legislation that maintains Norway’s high standard of living.

Newfoundland’s story is a warning of what can happen when fish stocks are abused, and alternately, Norway is an example of successfully managing both fish and oil. Perhaps Irish people can learn a little something from both countries. The sea and its vast resources could build and strengthen our economy, and change the lives of many of our coastal communities for the better. For decades this great resource has been ignored and now it is time to pay attention.

Early Irish Cinema: Rebuilding Dublin as a Cinematic City for the 1920s 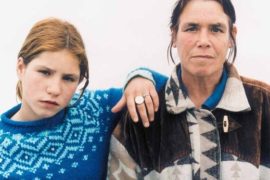