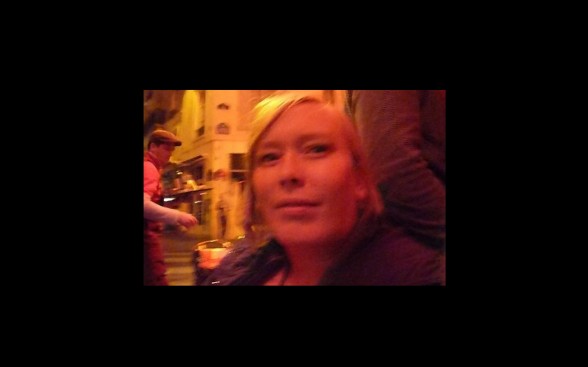 Vanessa Gildea studied film as part of a Liberal Arts Degree at the University of Limerick. Subsequently she worked in film training for nine years, mostly for Filmbase. She has directed short documentaries for Amnesty International Ireland and award-winning Dublin based production company Venom Films. In 2006 she wrote and directed the Irish Film Board funded short film The White Dress, which won numerous awards (Best Short Film Foyle Film Fest, Belfast Film Fest, Cinema Tout Ecran Geneva, awards at Galway & Kerry Film Festivals) and was nominated for an IFTA. It has been purchased / screened by RTÉ, Swiss, French and Italian Television.

In 2009 Vanessa wrote and directed a short film called ‘The Beast’ for award-winning production company Venom Films. She has received three IFTA nominations, including The White Dress and Dambé – The Mali Project, a feature-length music documentary shot in Mali, West Africa, which was nominated for an IFTA 2009 in the Best Feature Documentary category, and John Ford – Dreaming the Quiet Man in 2013. Also in 2013, she was the first recipient of the Tyrone Guthrie ‘Film Writing Bursary Award’ and in 2014 she received the Arts Council’s ‘Film Bursary Award’. As writer / director she completed an Arts Council Project Award film called The Abandoning, which won Best Short Film at The Sky Road Film Festival, 2014, a Special Mention at The IndieCork Film Festival, and was highly commended at The Belfast Film Festival, 2015.

Vanessa, with such accomplished writing, directing and producing credits, can you tell us when it all started for you?

I was always playing around with ideas, since I was a teenager but I only started to write in my 30s. The first film I wrote was called The White Dress, I wrote it in one sitting and I never did any re-writes, but I had written the film in my head a hundred times, and luckily it got funded.

Did anyone, famous or not, inspire you to get into film?

The first filmmaker that blew my mind was Mike Leigh. When I saw Life is Sweet as a teenager it changed my view of what a film is, up until then I had only seen Hollywood movies. I didn’t know people made films like that, reflecting real life back at the audience and I thought it was the most exciting and moving film I’d ever seen. I still love it and when I’m writing I think about authenticity and Mike Leigh is always somewhere floating around that thought process.

And your first production break?

I had made a short doc for Amnesty [International] and someone from the Irish Film Board had seen it and she decided to take a chance on me as a first-time writer / director of a drama. I am forever grateful.

Do you write every day?

No. I work in production, research or teaching. When I’m not working I can spend time writing but not as much as I’d like.

Is there a film script by another writer that you wish you had written?

There’s a hundred. I am in awe of Charlie Kauffman, the complexity, simplicity and brilliance of Adaptation and Eternal Sunshine of the Spotless Mind. Also, I wish I had written or could write something as good as The Visitor by Tom McCarthy.

Do you have an agent, Vanessa, or think it necessary to have one?

No I don’t have one and I think if you want to write as your profession then yes, an agent is a good idea.

Do you contribute to the marketing and PR of your work?

A little, but I dislike that side of things, I’d much prefer someone else do it.

And on social media for filmmakers?

I have mixed feelings about social media but it’s here and it can be a very useful tool. It is boring to use it solely for self-promotion though, better to have a bit of fun with it.

What’s your opinion of the film industry in general?

There are great films being made all the time, some are Hollywood, most of the films I really love and admire are not from the Hollywood system. I have to seek out the films that I like, but it’s not hard, with the IFI, the Lighthouse and VOD platforms like volta.ie, but one major problem I see is the lack of women storytellers, women centric stories and characters. I recently heard most film crowd scenes have 70-80% men in them, what is going on? Women are not coming forward, they’re not being allowed to and when they do the kind of films they want to make are not getting the same support. We are 50% of the population, we should be telling 50% of the stories.

And on the importance, or not, of film competitions and awards?

Winning awards can be a bittersweet experience but the recognition is good and it definitely helps when it comes to getting the next project funded, well I think it does.

Have you, or would you, consider crowdsourcing to produce your own work?

I haven’t, but I have supported plenty of projects, I would consider it.

If you’ve ever had any: How to you handle negative reviews?

Of course you have negative reviews, I would like my films to provoke a reaction in people, but you have to learn to shrug it off, and also sometimes the person critiquing the film might have a point. I equally take praise with a pinch of salt, I know when I am happy with my work, I know the moment when I am happy to say that’s it, it’s finished, that’s all we can do. I also know when I have worked hard and done everything in my power to realise the idea. After that, I don’t think you have a clue what people will think or how they will react, but you make it to be seen and the rest is beyond your control.

Do you have any advice for aspiring writers?

No, because I am still one myself.

Write what you know? Agree or Disagree?

I think if every writer stuck to that as a rule, we would have lost out on some great fiction and dramas, but you can write what you know about life, love, loss, emotions in to characters, in to situations without it being necessarily autobiographical.

Can you share with us what you are working on now?

I am about to start an MA in Screenwriting at the National Film School Dun Laoghaire, so I am playing with a few ideas for that as part of the course we have to write a feature script. I’m looking forward to the challenge.

And just for fun… six people, living or not, that you would like to share your favourite beverage with?

My Dad, my grandparents and Brendan Behan.

Caroline Farrell has written several feature and short scripts. Most recently, In Ribbons, which she wrote and co-produced, screened at the 2015 Belfast Film Festival and the Corona Fastnet Film Festival. Caroline blogs… on writing and film… and on a few of her favourite things.

Caroline FarrellDoing it with Passion! Writers in Ireland SeriesVanessa Gildea
0