Northern Ireland Screen’s Irish Language Broadcast Fund (ILBF) has launched its first call for 2016. The deadline for the first call is 12 noon on Friday 18th March 2016.

In a recent review of the programming output of the ILBF, the ILBF investment Committee indicated a wish to see more content targeted at children and content with particular relevance or appropriateness to Irish Language Learners.

The fund would welcome any enquiries in the interim period and would also encourage independent production companies who liaise with the broadcasters who have shown an interest in developing programme ideas, namely BBC NI, TG4 and RTÉ.

General information on applications to the ILBF

If you are considering applying for funding please contact Head of the ILBF, Áine Walsh to discuss the project  or +44 28 90232444 or  www.northernirelandscreen.co.uk

Looking for funding?  Want to submit your work to festivals. Keep an eye on upcoming deadlines here 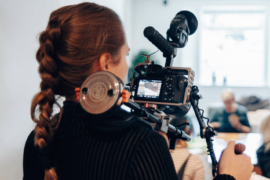