Irish director Brendan Muldowney’s latest film Pilgrimage is scheduled to commence production in April 2015 and shoot for over seven weeks on the West Coast of Ireland and the Ardennes Region of Belgium.

Written by Jamie Hannigan, the film is set in 13th century Ireland and follows a small group of monks as they undertake a treacherous pilgrimage to escort their monastery’s holiest relic to Rome. But, as the true material, political and religious significance of the relic is revealed; the group’s journey becomes increasingly fraught with danger. Ultimately, the faith that binds the men together threatens to be the very same thing that will tear them apart. 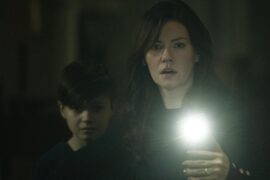