The horror will star Lough’s regular collaborators Michael Parle, Simon Fogarty and Claire Blennerhassett.
The film also reunites Lough with , Cian Furlong (music) and Paul Barrett (visual effects).
Principal photography is set to start in June.
PLOT: A pair of high tech thieves undertake an elaborate heist, but the building has a dark past that is about to make its presence known.
The story is an original screenplay by Lough who is  also a producer on it.
Gerard Lough
0 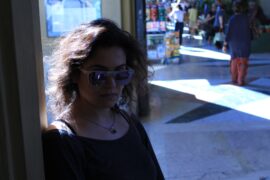