First off it’s fair to say that Beasts of the Southern Wild is not a frontrunner to win Best Picture come 24 February, despite a relatively meagre oppositional showing in the category this year.  However, unlike most other racers in the run for dear old Oscar it suffers the burden of being exactly the type of movie Hollywood consistently claims to like, yet consistently fails to reward.

Recalling the magic of Hollywood’s golden era is a sure-fire way to gain the statue, as is relaying historical events, applying prosthetics to beautiful people, singing and dancing, or centring the spectacle of the visual.  Here we get an amalgamation of all that is good and great about cinema, and of everything that makes this medium, above all others, the very best when it comes to telling a tale that seems impossible to tell.  Beasts reveals itself through the visual and narrative brilliance of magic realism – a technique that allows the fantastical to intermingle with the banal and the amazing to coexist believably with the everyday.

From the moment Quvenzhané Wallis’s tiny Hushpuppy waddles onscreen in her dirty vest and unruly hair, she captures every ounce of your attention.  Her ethereal life in the Bathtub, a community separated and disconnected by levees and ever-rising waters, is thrown into sharp relief by the approach of a massive storm, and her fellow outsiders struggle to keep their heads above water in this rapidly changing world.  Her father, Wink, and teacher, Miss Bathsheba, weave Hushpuppy into an old style of living that throws so-called civilisation into sharp relief as the terrible onslaught forces them into the arms of federal assistance that brutishly insists their way of life is dead.  The looming terror is anthropomorphised by towering Aurochs unfrozen from glacial pre-history, and the metaphorical significance of this magical tale becomes ever more apparent as Hushpuppy stands between her father, her world, and total annihilation.

This year should buck the trend, and reward innovation and familiarity rolled into one movie – the expression of all that is awe-inspiring about thoroughly amazing cinema.  The Oscars should revere excellence in storytelling, brilliance in visual representation, acting that brings tears to your eyes, and an overall experience that leaves you gasping in that cave of dreams.  Beasts offers all of this and more: a truly cinematic experience that celebrates movies in all their glory, utilising every tool – be it visual or narrative – to deliver beauty, truth and above all else, utter abandonment of reality. 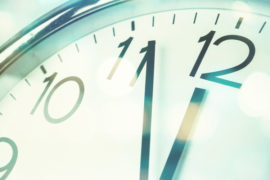