Director David Cronenberg is renowned for his movies pushing the boundaries on psychosexual topics (The Fly, Videodrome, eXistenZ, Crash), and while lately his movies have been moving into more grounded realms (A History Of Violence, Eastern Promises), he hadn’t lost his knack for fantastic storytelling. So when it came to adapting the novel about the two most famous psychotherapists in history, it would seem there was nobody better suited to the job. Unfortantely, the movie has turned out to be oddly dull.

Carl Jung (Michael Fassbender) is in the middle of curing his patient Sabina Spielrein (Keira Knightley) when the two start an illicit affair. Soon Spielrein is studying to become a psychotherapist herself, but things take a turn for the worst when Jung tries to end the affair. He turns to his mentor Sigmund Freud (Viggo Mortensen) for help, and soon the young woman is caught between these two former friends and soon-to-be rivals.

So the stage is set for a threeway confrontation of sex, psychology and jealousy, but the majority of the fighting in the movie happens when Jung and Freud send each other some well-worded letters of disappointment. Everything is played out with civility and an over-riding sense of suppression, and even the sex scenes (usually a forte of Cronenbergs) leave a lot to be desired.

Whilst the acting from Fassbender and especially Mortensen is excellent, Knightley seems miscast as the unhinged Russian, especially since she seems to act via her teeth for most of the movie. But the entire story itself seems unfitting for the movie, for while it’s understandable that it be restrained by the original book and indeed history itself, never has a movie screamed out louder to be allowed to take a few more liberties in storytelling for the sake of entertainment. 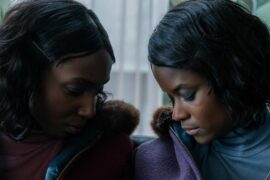