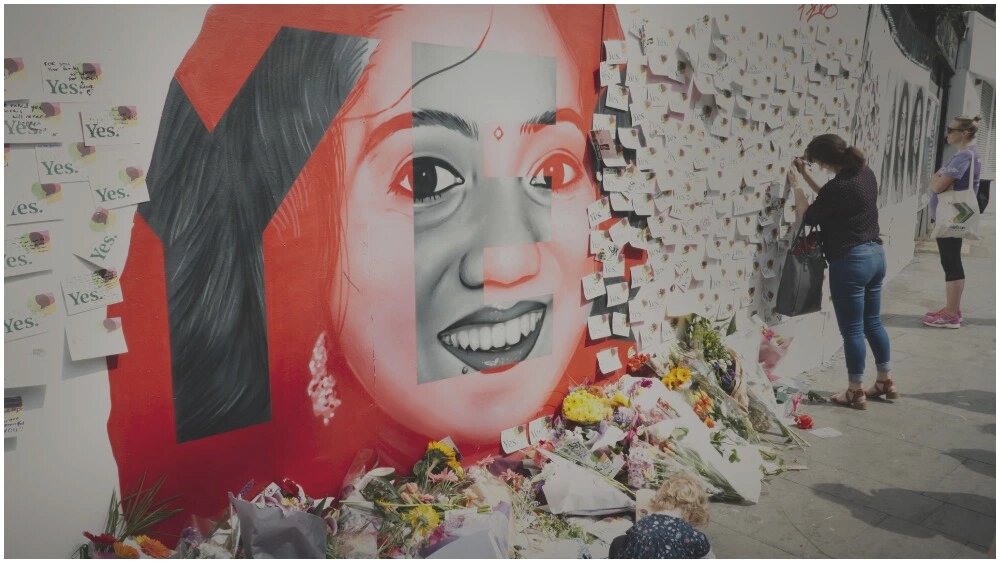 Emma Keyes celebrates The 8th which traces Ireland’s campaign to remove the 8th Amendment – a constitutional ban on abortion.

In 1983, the citizens of the Republic of Ireland voted by a 2-1 margin to amend the constitution to elevate the “unborn” to the same status as that of women, thereby criminalizing all abortion in the country and leading to tragedy and hardship for many seeking reproductive healthcare in the country. In 2018, just thirty-five years later, Irish citizens voted by the same 2-1 margin to repeal that amendment and allow safe and legal abortion for the first time in Irish history.

The 8th, directed by Lucy Kennedy, Maeve O’Boyle, and Aideen Kane, chronicles the campaigns surrounding the historic referendum, with a particular focus on the co-director of the Together for Yes campaign, Ailbhe Smyth. The documentary presents a relatively balanced picture of the referendum by dedicating due time to members of the No Campaign, as well. Overall, the film is informative and engaging, although the flow of the editing at times undercuts the film’s momentum.

The particularly strong section of the film starts about thirty-five minutes in and looks at the particular campaign strategies and tactics of the two sides. The film clarifies its purpose by taking this specific angle and generally focusing the rest of the film around the actual mechanisms of the two campaigns. It would be a much more scattered film if the directors had instead attempted to cover the entire history and context of the status of abortion in Ireland. The film does provide some key background and context for the referendum, but the overreliance on flashbacks interspersed throughout the runtime of the film does hinder the emotional impact of the anticipation and catharsis that the actual referendum provided.

The flow would have worked better and felt more cohesive if the directors had frontloaded all of the historical information and backstory up to and including the death of Savita Halappanavar and the revelations from the Magdalene laundries in the first half of the film and focused the latter half on the lead-up to the election. Instead, the film intercuts various pieces of background within the broader narrative of the election, which works fine in the beginning of the film, but seriously interrupts the narrative momentum in the lead up to the election.

Savita Halappanavar ’s death and the Magdalene Laundries scandal are both devastating events that underscore the absolute necessity of repealing the 8th amendment, but having their discussion in the film come so late in the runtime only confuses the stakes of the campaign. Shouldn’t these moments be the first ones we learn about? Their placement near the end of the film seems to demonstrate their relative unimportance to the campaign to legalize abortion in Ireland, instead of the opposite.

Nonetheless, the film is a powerful testament to the years of work done by activists to make Irish society better. The scope and number of anonymous stories of women’s experiences under the 8th amendment to which the filmmakers give space near the end of the film powerfully and clearly demonstrates just what was at stake in the referendum. Although the campaign to repeal was centered in Dublin, the movement was country-wide. Rural polls, just like city polls, showed 60% of people in favour of repeal, and repeal the country did. Thirty-five years is both an eternity for the women who did not make it to 2018 and the blink of an eye in the larger history of the island, but either way the seismic shift that Ireland underwent in those thirty-five years will reverberate for decades to come.