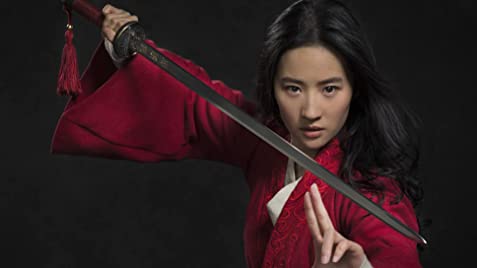 Shauna Fox finds this live-action adaptation to be one soldier who simply cant be rescued.

“Let’s get down to business…” to destroy a classic. In the last few years Disney has been rebooting many of its 90s animation movies – Beauty and the Beast, The Lion King, Aladdin…and now Mulan. While I quite enjoyed the previous reboots, Mulan falls well short of their success in my eyes. Although this incarnation follows some of the plot from the animation version, 2020 Mulan does not have Mushu, Li Shang, or singing! Disney have quite literally stripped its own film of many of its best parts.

Like its animated counterpart the film shows Hua Mulan (Liu Yifei) take her father’s place in the Imperial Army – to do so Mulan must appear and act like a man. The 1998 version worked because it was funny, the songs were catchy, the characters were vibrant and full of personality, and it had a strong female character who was normal.

2020 Mulan on the other hand is not funny, is not a musical (though it did integrate some of the original songs into the film’s score), most of the characters (such as the new love interest Chen Honghui (Yoson An), and known characters Yao (Chen Tang) and Chien-Po (Doua Moua)) don’t have the same verve and Mulan herself was far from normal.

They try to give us a female character who was powerful, but instead Mulan’s strength became something we couldn’t aspire to because she was almost superhuman in her ability to channel her ‘chi’.

It’s not ruining the story by saying Mulan’s comrades realise she’s a woman – but when they find out the commander says it is a betrayal of trust. Yet in the next breath he says he trusts her intel that the Emperor is in danger and allows her to lead a small sect of the army to the Imperial City. What?! At least in the original it took a lot of convincing on Mulan’s part to make Li Shang believe her and even then he was reluctant. And what is the point of Xianniang (Gong Li), the ‘witch’ working with the villain Bori Khan (Jason Scott Lee)? I know she is meant to be the antithesis to Mulan, the woman who uses her chi for bad, but honestly she plays no real integral role. Terrible. Plus there’s the ending…

Everything about this movie was completely unbelievable: from the power of the supposed-to-be-normal Mulan to the ridiculous dialogue. Sadly, Disney have succeeded in ruining what was an amazing film. Some reboots should never be made and this 2020 Mulan was definitely one. For me, 1998 Mulan will always remain one of the best Disney films ever made, with a female character who was strong in her normality.