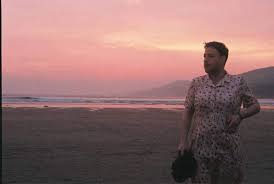 Earlier this year Aoife O’Neill attended the Toronto Irish Film Festival and was kind enough to send us on a review of the second Shorts Programme.

Sunday, March 1st was the final day of the Toronto Irish Film Festival. It began with the second programme of shorts for the festival. Opening the programme was Cian O’Connor’s The West Kerry Cowboy [main image]. This heartbreaking short discusses the themes of death, father and son relationships and cross-dressing. It combines the old Irish mentality of masculinity with the changing landscape of social acceptance in a developing modern Ireland. The truth is that once we accept ourselves for who we are, people will accept us too.

Following this was Paul Webster’s The Vasectomy Doctor. While being in stark contrast with the previous short it also highlights how far Irish attitudes have changed over the years. The short doc follows the real life story of Dr. Andrew Rynne who was the first doctor to perform vasectomies in Ireland during the 1970s and ’80s. To give some context as to what was happening at the time in Ireland: condoms were illegal and Dr. Rynne took a huge and brave stance against the Catholic Church in order to sell condoms without a prescription. Rynne’s bravery is further highlighted when he survived being shot, after a man entered his surgery in 1990. A humble and incredibly brave doctor, his real life story is conveyed beautifully in this short documentary through reenactment footage and interview.

Martha McGrath’s Sweetheart transported the audience back to Toronto. This short was made as part of the Street Relief Co-op Project. The group creates short films, mostly based in Toronto, on a low to no-budget, with the proceeds benefiting charities or causes. Sweetheart tells the story of a senior financial analyst whose lies start to concern his girlfriend. Is he really working all those long hours in the office? With a heavy R&B focus, this short combines drama with the local music scene in Toronto.

Returning to Ireland and County Waterford, Evin O’Neill’s Undergrowth focuses on the complicated relationships between parents and children. When Hayley, the main protagonist, visits her dad at his new home for the first time since her parents have separated, she is greeted by her dad nursing a hangover. Too exhausted and moody to take the energy and noise of a young kid, he allows Hayley to get up to her own devices. The film combines horror and drama to create a modern retelling of a fairytale of sorts.

The penultimate short, The Sunny Side Up by Peter Kilmartin, explores the healing power of love. Another brilliant real life documentary, the film depicts the meeting of Peter Pringle and Sunny Jacobs, who met and bonded over the fact that both had served time in prison (15 and 17 years, respectively) for crimes they had not committed. Pringle, along with two other men, was convicted of the murder of two Gardaí back in the 1980’s. Sunny Jacobs, originally from the US, was arrested and on death row, for a crime she did not commit. Rather than being a sad tale of dysfunctional justice systems, the documentary focuses more on how this unlikely couple met, fell in love and now manage the Sunny Centre from their home in Connemara. The aim of the centre is to create an environment of healing and to facilitate the process of rehabilitation/ re-entry for those who have been wrongfully convicted. This documentary focuses on how strong the human spirit is even in the harshest of circumstances.

Rounding up the shorts programme was Hear my Voice by Brendan J. Bryne. The film was inspired by artist Colin Davidson’s exhibition of paintings entitled Silent Testimonies. The collection focused on the family members of those who were murdered or disappeared during the conflict in Northern Ireland (1968-1998). The families are still haunted to this day, without answers, as to where their children, brothers, sisters, fathers and mothers are and why they were taken from them. The beautiful portraits allow for the testimony of the ‘other victims’ of the conflict-the members left behind to pick up the pieces of normal life-to be heard. Incredibly hard to watch, but the truth is, that Ireland is still haunted by its past. Without justice and answers there will be no peace. It brings to mind the terrible suffering and pain in Argentina where Las Mujeres de los Desaparecidos maintain a daily vigil to seek answers and justice for their loved ones. Similarly, these Argentinian families have had to come forward to testify on behalf of their family members who were made ‘to disappear’ by the military junta.

Sometimes we need to be confronted with the truth and I think it was important for this documentary to be shown at a festival like the Toronto Irish Film Festival. Honest and well shot, Hear my Voice is an important cinematic tribute to all who have suffered loss as a result of war and continue their search for justice and peace.

A beautifully curated programme of shorts, well worth a look. They may be shorts but these gems certainly pack a punch!