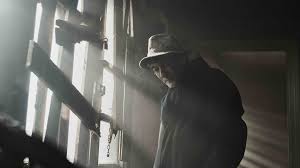 Aoife O’Neill takes in a programme of live action shorts by students, as well as new and established directors at the Galway Film Fleadh 2020.

The fifth programme of short films, as part of the Galway Film Fleadh, comes from a selection of emerging and established directors. The films primarily focus on the strength each character possesses within themselves, while also reflecting on human nature, the character’s surroundings, personal growth and their family and friends. This programme highlights seven impressive short films that are worth the watch.

Orlaith McManus’ debut film, Unlucky, kicks the shorts programme off to a great start. In the film we follow a couple as they experience the uncertainty of fertility. Through pain and laughter we see them try to hold onto their relationship and their self identity, while being tested in a situation that no couple who is trying to conceive wants to experience. All this while they come to terms with the death of their beloved cat. Funny and heartbreaking, the audience shares an emotional roller coaster ride with this couple.

Following this is the film Panic Attack by Anthony Assad. Alex, a trans teenager, sets himself a challenge and decides to embrace who he truly sees himself as. This film highlights beautifully the internal and external obstacles that people face, especially when they are still a teenager, on their journey to find who they are. This film is true to life and extremely relatable for many people.

The third film of the programme is Fathoms by Miles Davis Murphy. Told through a series of flashing imagery, the audience is shown the tempestuous and often difficult relationship between a father and son as it unfolds over a lifetime. The film’s unique style relates the trauma of this relationship, and how it affects the main character.

In Rory Bresnihan’s Stir, a young woman finds herself being held captive in the home of an old man, who has recently lost his wife. She tries desperately to escape but to no avail. This is a grippingly effective horror genre film, the tension throughout the film will have the audience routing for the main character to escape. But things are not always as they seem!

In The Appointment by David Moody we see the struggles of a young man as he tries to keep down a job while being a carer to his mother. Many people will be able to empathise with the main character as he tries to juggle everything and ensure that his mother is able to make her appointment. The overwhelming feeling of stress the character experiences is captured realistically in this film and the topic of young carers is especially poignant.

Adam Patterson’s Rough is the penultimate film showcased in the programme. This Irish gangster film is set in contemporary Belfast where justice is enforced not by the police but by a group of self-appointed men. The film begins in a waiting room as two men await their faith at the hands of these thugs. However, it seems that beating someone up for their wrong doings is not enough in this case, so justice will be instead demonstrated by killing a dog! Simple storyline done well with a couple of twists and turns along the way.

Bringing the selected films to an end is Jonathan Hughes’ debut film Operator, a brilliantly funny and quick-witted insight into personal heartbreak during a zombie apocalypse. We are introduced to the Operator of the taxi service who is forced to work from home that night. While receiving multiple complaints of bad taxi service, he is more interested in telling customers about his recent break-up. The film is incredibly led by its main actor and will definitely get a chuckle out of even the most stubborn of audience members.