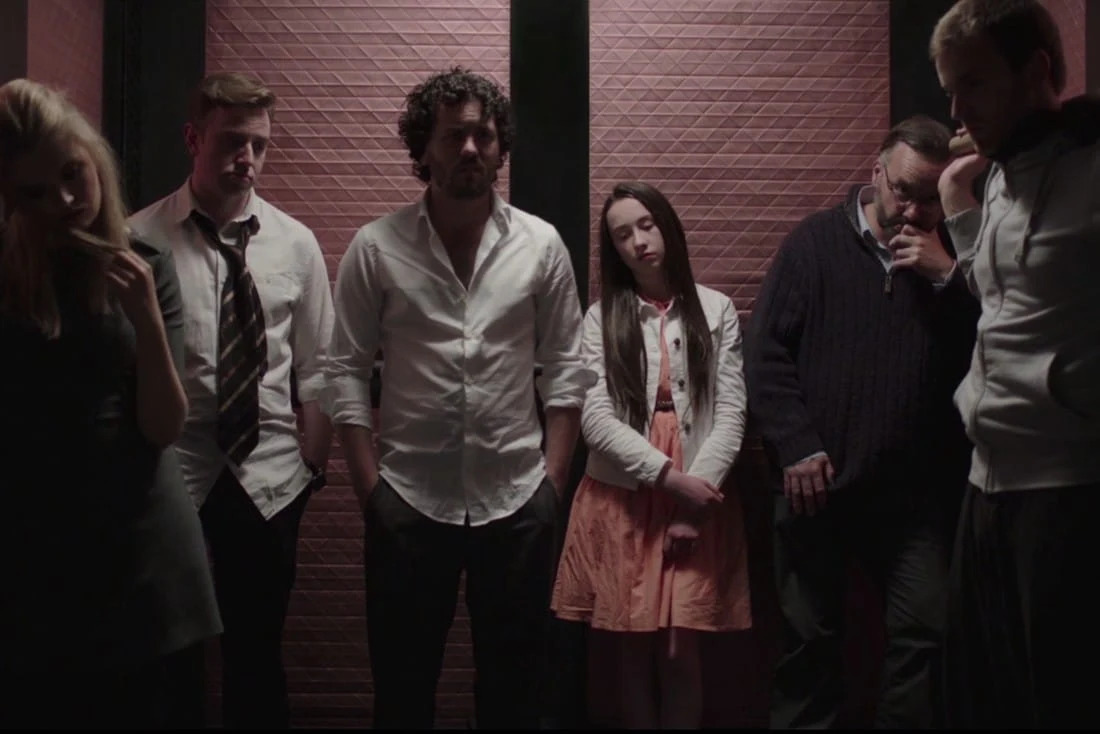 Written by best-selling author, Kealan Ryan (The Middle Place), Lift tells the story of Sean whose vicious and seemingly random attack on a security guard leaves the man unconscious. Fleeing the scene, Sean finds himself stranded in an elevator with five strangers. His every panicked action repels, rather than endears him to those trapped inside. Nonetheless, from within the confines of the lift, love has a chance of blossoming, personalities clash and violence could erupt in a given moment. Sean seems fated to be caught, unless the people who fear him can offer him one last chance of redemption.

Director Conor Armstrong Sanfey invites us into the Lift and takes us up to the top floor to give us a bird’s eye view of making his debut feature, which is now available to stream on the Amazon Prime.

Having directed a string of hit theatre shows and numerous shorts I was looking for my next project. Having grown up loving films I wanted to make my first feature film. I put up a call for a screenwriter on Facebook, and Kealan Ryan got in touch. I had worked with Kealan in an acting capacity on previous projects. We met up, went through my ideas notebook and found one line: six people stuck in a lift. Kealan went away and had the plot worked out by that evening. Following a year of working on the script, we began to assemble a crew and cast. We wanted a well known actor for the grandfather role and we were delighted when Gerard McSorley came on board to enhance an already hugely talented up-and-coming cast headed by Fiach Kunz.

Following about six months of pre-production, there we were on day one in my parent’s back garden with Fiach and Gerard doing their first scene. Seventy percent of the film takes place in the lift, which we shot in two days. I rehearsed with the actors like a play and shot very long takes. This, I feel, allowed the actors greater freedom and allowed them to get a full run at it without interruptions. The shooting lasted only ten days. It was a manic ten days full of ups and downs; long days, night shoots through the night to 6am, gardai closing down streets, an actor not turning up, a location being locked when we turned up and to top it all the Lift set not fitting in the doors of the venue. We finished the ten days exhausted but very happy with the footage.

Post-production for me is the most relaxing part of filmmaking. The post-production went very smoothly and the film premiered in the Lighthouse in April 2016. Following that the film went out to the film festival circuit playing in Ireland, UK, USA and Canada winning best feature film in a number of festivals and gaining great reviews.

We were thrilled when Candy Factory Films picked up the film for international distribution. We thought we were at the end of the road. Great it’s out there. Time for the next project. Alas it was not going to be that smooth.The release was further delayed when Candy Factory Films were acquired by industry leader Screen Media Films. Finally in 2018 it was released in the USA and Canada and late 2019 in Ireland and the UK. We were beyond excited when Amazon Prime acquired it for streaming and released it just recently.

From start to now it has been a seven-year project, and what a ride it’s been. We’d love you to check it out on Prime or on Hulu, Google Play, YouTube, Microsoft Store, iTunes and Xbox.