Cinema Building and the Strongest Woman in the World

In 1985 the Irish Architectural Archive acquired an album of photographs recording the building of the Savoy Cinema, O’Connell Street, Dublin. With twenty-five images spanning the period from July 1928 to January 1930, the images show key moments in the construction process and are of interest for a whole host of reasons. They detail, for example, the speed with which a building of this period was erected, the nature of the construction site, with flat-cap wearing labourers in their shirt sleeves,

and the very modern-looking structural steel (including the skeleton of a never-completed internal dome).

The site billboard records not only the astonishing scale of the enterprise – a 3,000 seat cinema – but also the complete project team, 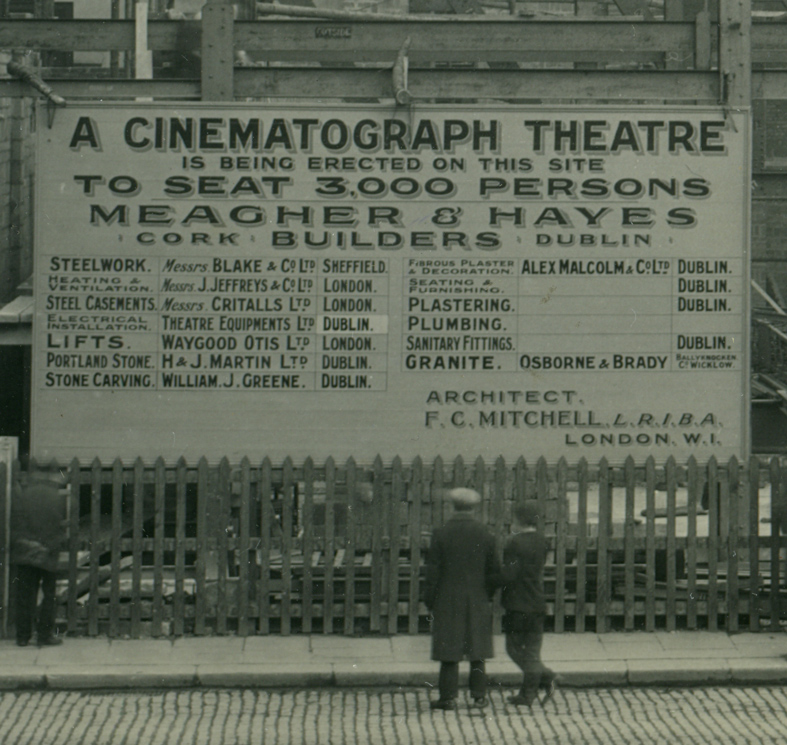 while the post-construction images reveal in some detail the highly-ornate ‘Venetian’ themed decorative scheme, with its elaborate ‘Bridge of Sighs’ proscenium arch and ‘Doge’s Palace’ curtain, all of which must have been quite overwhelming to the Dublin audiences of 1930. 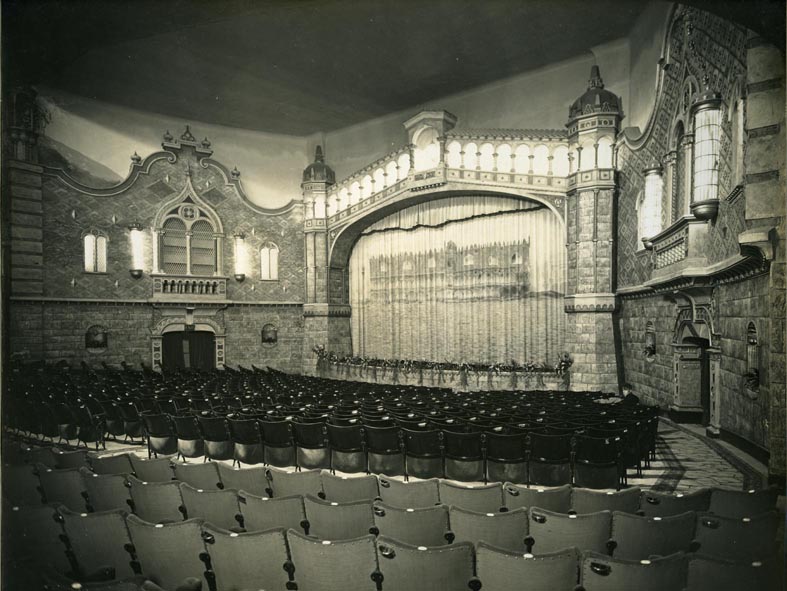 Also captured are fragments of the buildings which formerly stood on the site,

and some of the surrounding buildings, for instance those on the south side of Cathedral Street and the west side of Upper O’Connell Street.

But, as so often with purely architectural photographs, it is the incidental details which bring the album to life. The construction was obviously a source of interest and amusement to Dubliners, whether alone 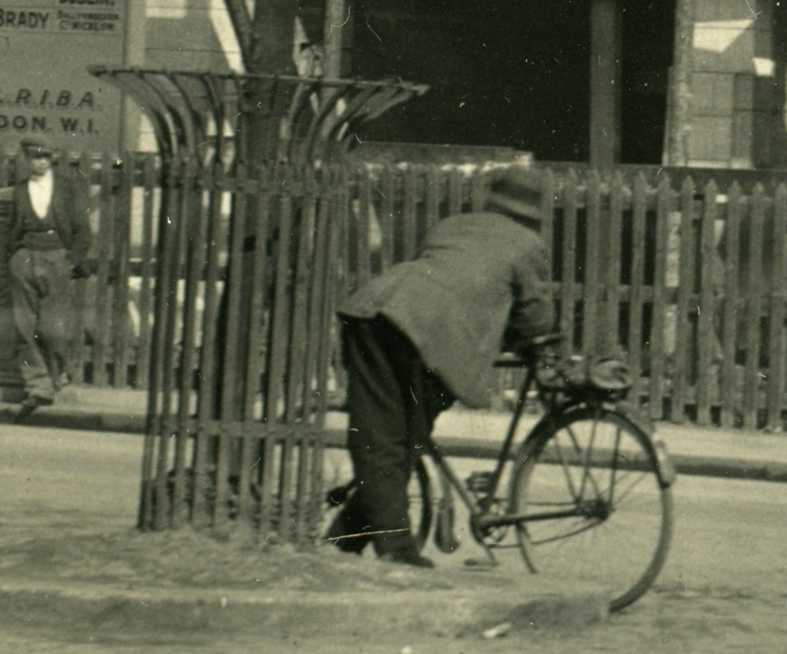 Cars were rare but not unknown, though starting them could be a bit of a bother. 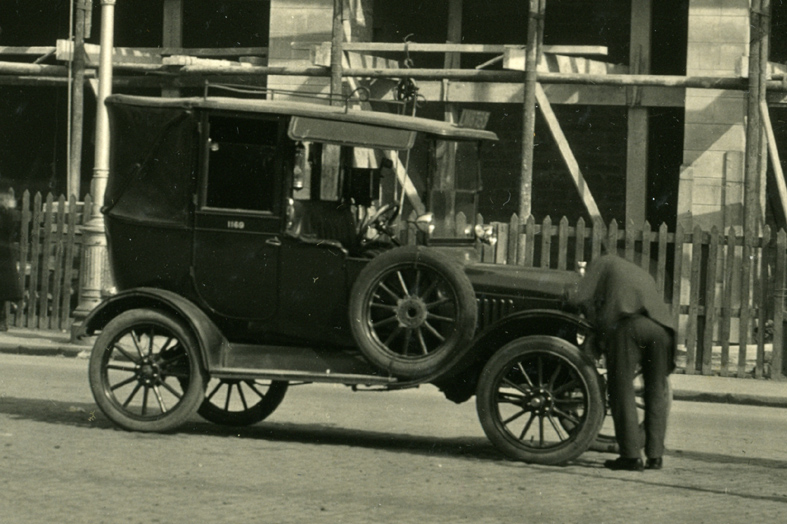 It is legitimate to wonder how or why a pram might have been left unattended at the site entrance. 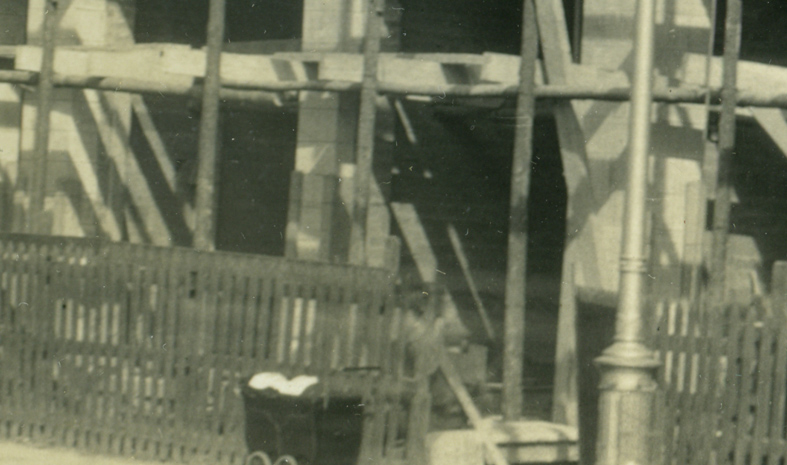 And just when you thought mobile advertising hoardings are a relatively modern invention you find that the Dublin of 1928 had their ass-drawn antecedents.

The real wonder of this shot of course is the dramatic news that Katie Sandwina, the World’s Strongest Woman, is making her first visit to Ireland. Famous across Europe and North America, Katharina Brumbach (1884-1952), aka Katie Sandwina, could bend iron, out-pull horses and lift her husband above her head with one hand. Now what film could be more exciting than that?

The Irish Architectural Archive was established in 1976 to collect and preserve material of every kind relating to the architecture of the entire island of Ireland, and make it available to the public.

As a cumulative body of material the holdings of the Archive represent the greatest single source of information on Ireland’s buildings and those who designed them.

The Archive is located at 45 Merrion Square and is open to the public from 10 am to 5 pm, Tuesdays to Fridays.