PLASTIK  is a collaboration between LUX Critical Forum Dublin (a meeting group for artists involved with the moving image), LUX, Temple Bar Gallery + Studios and the Irish Film Institute and the Arts Council.

Over three weekends in February, through a series of events taking place in Galway, Cork and Dublin, PLASTIK Festival of Artists’ Moving Image will create a new platform for considerations of both contemporary and historical approaches to artists’ moving image. In recent years there has been a significant increase of activity in this sphere, both here and abroad, and PLASTIK creates a site through which these changes can be considered, introducing audiences to a broad selection of works, many of which will be screening in Ireland for the first time.

PLASTIK Galway, subtitled ‘A State Within a State’, takes place on Saturday 7th February and will explore essay film. Features work by 2014 Turner Prize winner Duncan Campbell, as well as works from Lawrence Abu Hamdan, Louis Henderson, guest Brad Butler (the Museum of Non- Participation) and a tribute to the late Harun Farocki. A talk will also take place with Laura Rascaroli (UCC) who has written extensively on this area of practice.

Spread over three days and a number of venues PLASTIK Dublin opens on Friday 20th with a programme of films selected by Gerard Byrne and Sarah Pierce from the LUX archive. All screening events at PLASTIK Dublin take place at the Irish Film Institute and will include works by David Gatten (a special guest of the festival), Cerith Wyn Evans, Laure Prouvost, John Smith, Cory Arcangel, Frances Stark, and many more. There will also be a number of discursive events initiated with the support of Maeve Connolly (IADT) and Benjamin Cook (LUX), with talks taking place at Temple Bar Gallery + Studios. Saturday evening will feature a live performance by London based artist Hannah Sawtell and the festival will close on Sunday evening with a focus on the work of Christoph Schlingensief. Other guests of the festival include curators Filipa Ramos (Vdrome), Peter Taylor (IFFR), Guillaume Breton (Rowing Projects) and attending speakers including Regina Barunke (Temporary Gallery), George Clark (TATE) and Isla Leaver-Yap (LUX Scotland). 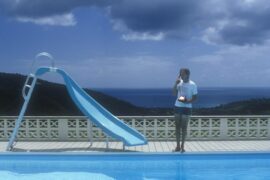 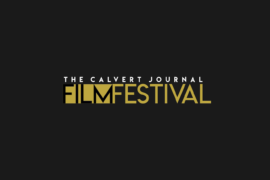