Larry Mullen Jr. at the IFI

Founding member of U2 Larry Mullen Jr. makes his acting debut in Mary McGuckian’s new Irish film Man on the Train. He will be taking part in a Q+A alongside McGuckian and co-star Kate O’Toole after the opening night screening at 18.30 on Jan 11th at the IFI.

Irish director Mary McGuckian (This is the Sea, Best) translates Patrice Leconte’s 2002 film of the same name into this leisurely tale of two very different men, a teacher and a thief, who meet by chance and bond over their curiosity about each other’s lives. The original pairing of Jean Rochefort and Johnny Hallyday is replaced by a garrulous Donald Sutherland and a taciturn Larry Mullen, Jr.

The story begins with the thief arriving in a small town whereupon he is shown a small act of kindness by the teacher (the characters’ names remain unknown), after which he moves in and enjoys his hospitality and that of his ladyfriend (Kate O’Toole) while planning the robbery of the town’s bank.

Fascinated by and envious of the lifestyle led by the other, the two men come to a mutual respect and understanding. More of a gentle character study than a plot-driven heist movie, it’s a film of great charm.

Tickets for the opening night of Man on the Train and for the film’s release from 11th-17th January are available now from the IFI Box Office on 01 679 3477 or online at www.ifi.ie. 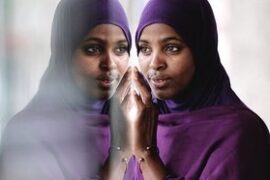 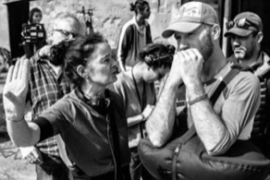